Rasa - There is no feasible excuse for the terrible things that are happening in Yemen, and for what Saudi Arabia and its Western associates have made of themselves. 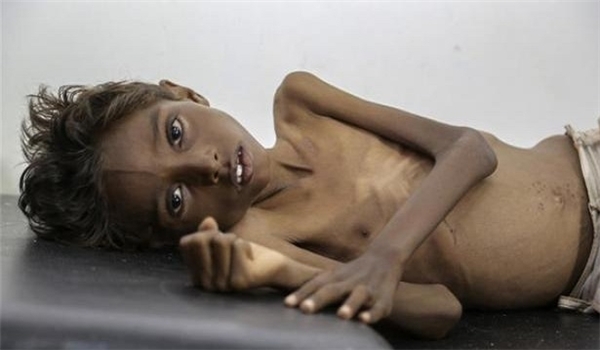 RNA - The notorious war criminals and lawbreakers have chosen to put profits before people, domination before morality, sectarianism before civility, fanaticism before fairness, fake news before truth, and their own trivial interests before the unspeakable agonies of others.

So far, International Law has never stopped them in their pursuit of conquest or revenge. From the beginning of the war, the United States and the United Kingdom have assumed the power to provide arms and logistics to the Saudis, and to make decisions within the international system. An excellent illustration of that is the fact that the so-called International Law which governs the conduct of UN member states is nothing else but Western law. Independent nations with no veto power at the Security Council do not participate in its decisions, and in many instances, they are simply the victims, for the law recognizes them only as expendables.

If a poor country like Yemen, for instance, has been floated as a potential nation non grata, the only legal problem that arises is whether or not the invaders can claim compensation from those who support the Yemeni resistance diplomatically! Above all, American and European decision-making power is exercised in selecting what a targeted nation, or a group of nations, should do - in accordance with Western law and demands.

To demonstrate: A new report by the British media reveals that British Foreign Secretary Boris Johnson has urged the UK government to continue arms sales to Saudi Arabia even after Riyadh bombed a funeral in Yemen last October that killed over 140 people and sparked global condemnation.

In a letter dated one month after the Saudi bombing, Johnson pressed Secretary of State for International Trade Liam Fox to continue sending weapons to Saudi Arabia. Fox delayed signing off on further weapons exports to the Saudi air force following the strike but agreed to continue arming Riyadh in the light of Johnson’s assessment.

It makes it plain that the British government, just like its American counterpart, is complicit in Saudi war crimes. Their ongoing arms supplies, logistics for bombing raids, and military siege continue to breed a profound humanitarian crisis, marked by thousands of civilian deaths and worsening food and medicine shortages. The war criminals block almost all food and medical aid from getting in, while bombing public infrastructure, including schools and hospitals. They then argue that all this massive heart wrenching barbaric violations could end if the Yemeni people yield.

As the new report exposes, the British government pays no attention to international calls for a halt in its weapons supply to the Saudis either. Whether they attribute it to some mysterious triple package or their own fake story, to succeed in the region is, clearly, to be complicit with Saudi war crimes in Yemen - which means at some level they have also made peace with their own ugly colonial past.

It is precisely here that the international civil society should intervene and denounce this new post-colonialist and imperialist arrangement. It is being waged by despotic regimes for regional domination at the expense of the poorest nation in the Arab world. How strange it is that those who usually fetishize the United Nations and its reports do not feel this shame more keenly.

Tragic enough, the mindset of the invasion to subjugate a nation has the blessing of the submissive international organization as well. The Security Council – just like its permanent members the US and Britain - is fuming because Iran and Russia are helping Syria to fight terrorism, yet continues to remain apathetic towards its own questionable silence and complicity. Rather than calling for a ceasefire and dialogue, the Council members have offered a top seat for Riyadh at the Human Rights Council and are supporting a chaotic state of affairs that has made sure Yemen floats as a potential nation non grata for many years to come!

The unprovoked war is a great test for public conscience in the West, where governments are unable to justify their operations, much less the slaughter of anonymous thousands, in terms that could be covered by any known law. The burden, therefore, rests with the Western people and with the Western legal community, human-rights lobbies and non-governmental organizations. They can either persist in averting their gaze from the egregious impunity enjoyed by these notorious war criminals and lawbreakers, or they can become seized by the exalted double standards to which they continually hold everyone else at the UN.

Endangering human life for profit and domination is a universal crime and the current state of criminality cannot last forever. It yields a monstrous toll if accurately conducted on a global scale, and it will herald a turning point nonetheless. If the courts and lawyers in the West will not do their duty to bring to justice the invaders, perpetrators, and sponsors, they shall watch as the victims and survivors of this dirty war pursue justice and vindication in their own dignified and painstaking way. The Christian-Zionist-Wahhabi fascists shall be put to shame.

Tags: Yemen UK Saudi
Short Link rasanews.ir/201nAt
Share
0
Please type in your comments in English.
The comments that contain insults or libel to individuals, ethnicities, or contradictions with the laws of the country and religious teachings will not be disclosed