US hired psychics to spy on Iran during mission takeover

Rasa - The CIA has released documents showing that US spy agencies resorted to psychics to help conduct espionage against Iran during the time of the takeover of the American embassy in Tehran. 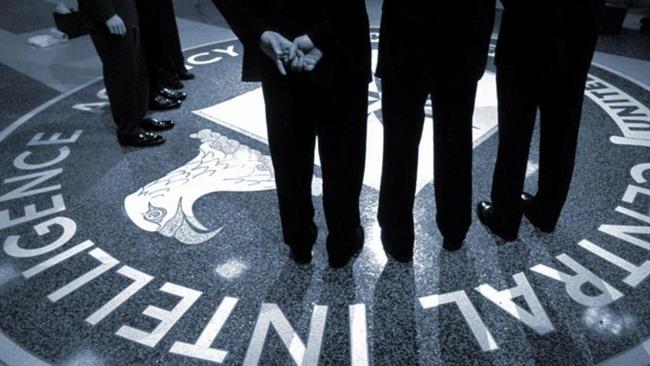 RNA - According to the newly published files, a secret team of half a dozen military-trained clairvoyants met over 200 times in a building in Fort Mead, Maryland, as part of an operation code-named Grill Flame.

The psychics were employed to gather intelligence on where the American hostages were being held and how closely they were being guarded.

The psychics officially worked for US Army intelligence, but their activities were monitored and supported by several government intelligence agencies as well as top commanders at the Pentagon.

On November 4, 1979, a group of Iranian university students took over the US embassy, which they believed had turned into a center of espionage aimed at overthrowing the Islamic Republic in Iran following the Islamic Revolution. Fifty-two Americans from the mission were held for 444 days until January 20, 1981.

Documents found at the compound later corroborated claims by revolutionary students that the US had been using its Tehran embassy to hatch plots against Iran.

After the takeover ended, the Pentagon compared the details of the incident with 202 reports provided by the Grill Flame psychics.

The comparison showed that “only seven reports” were proven correct while more than half of the reports were “entirely incorrect,” wrote an Air Force colonel on the staff of the Joint Chiefs.

Although 59 reports contained information that was partly or possibly right, these same reports often included erroneous data, he added.

James Randi, a former professional magician who turned his career into debunking psychics, expressed skepticism about the operation.

“The intelligence agencies might as well get a crystal ball out and stare into space and hope they see something,” Randi said, adding, “It’s a huge waste of time and money and it doesn’t help the hostages one bit.”

William J. Daugherty, a CIA case officer who was among those held by the Iranian students, said he had learned of the psychics from colleagues after his release.

“It was at lunch, and they were laughing,” he said, noting, “It was in the nature of ‘Can you believe the crazy stuff we did?’”

The Grill Flame operation, which was just one part of a broader US intelligence project, carried out 26,000 telepathic forays by 227 psychics before it was shut down in 1995.

This came after an outside review commissioned by the CIA concluded that “remote viewing reports failed to produce the concrete, specific information valued in intelligence reporting.”

For years, the US has also been using MKO terrorists to spy on Iran's nuclear program and assassinate several scientists in collaboration with Mossad and other intelligence agencies.

Tags: Iran CIA Espionage
Short Link rasanews.ir/201nAH
Share
0
Please type in your comments in English.
The comments that contain insults or libel to individuals, ethnicities, or contradictions with the laws of the country and religious teachings will not be disclosed