Rasa - A Bahraini court has handed down prison sentences between three and 15 years to 21 citizens for allegedly carrying explosives and arms. 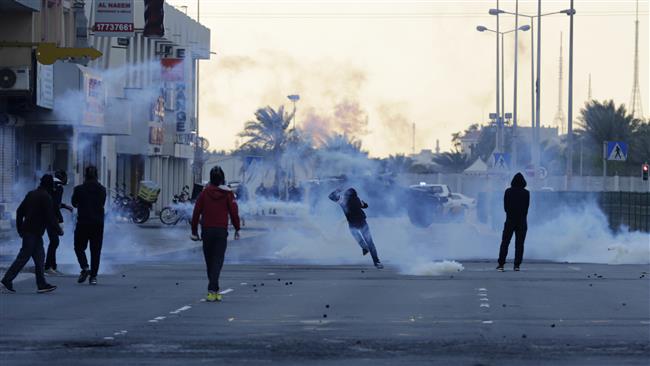 According to the report, two of the defendants were sentenced to 15 years of imprisonment while the rest were given lesser jail terms.

Meanwhile, Bahrain’s Supreme Court jailed two other citizens for 15 years each on alleged charges of being behind a blast in the Sar district and possessing explosives.

Separately, a Bahraini court rejected appeals against 5-year jail terms given to two nationals and confirmed another 5-year prison sentence for the third defendant over an explosion in the village of Diraz.

Bahrain has been the scene of almost daily demonstrations against the Al Khalifah rule since mid-February 2011, when a popular uprising began in the tiny Persian Gulf country.

Protesters are demanding that the ruling dynasty relinquish power and allow a just system representing all Bahrainis to be established.

Tags: protest bahrain
Short Link rasanews.ir/201nAF
Share
0
Please type in your comments in English.
The comments that contain insults or libel to individuals, ethnicities, or contradictions with the laws of the country and religious teachings will not be disclosed