Hundreds of immigrants arrested in US this week

Rasa - Hundreds of undocumented immigrants have been arrested across the United States this week, in a first large-scale raid after President Donald Trump ordered to crack down on them. 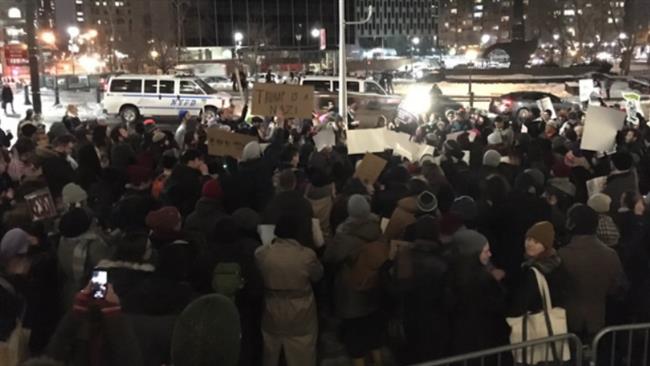 The operation is said to be the first since Trump signed an executive order on January 26 to crackdown on millions of immigrants living in the US and pledged to deport as many as 3 million undocumented immigrants with criminal records.

Among the detainees, however, were people who did not have criminal records, and could potentially be deported, the Post said.

A video that circulated on social media on Friday appeared to show the agents arresting people in a shopping center parking lot in the Austin capital of Texas.

There were also reports of roadway checkpoints, where the agents targeted immigrants for random ID checks, both in Austin and North Carolina.

Immigration and Customs Enforcement (ICE) admitted the raid on immigrants, but said they were part of “routine” immigration enforcement actions.

“We’re talking about people who are threats to public safety or a threat to the integrity of the immigration system,” she added.

This has raised concern among immigrant communities and activists across the county, who say the operation is not going to be the last and that Trump’s government could even start going after law-abiding people.

Rights groups said they were planning demonstrations against the raids, which they say has spread “panic and terror” among many immigrant communities.

Meanwhile, hundreds of people took to the streets of New York City on Friday evening and in Los Angeles the day before to decry the move.

“This is clearly the first wave of attacks under the Trump administration, and we know this isn’t going to be the only one,” Cristina Jimenez, executive director of an immigrant youth organization-- United We Dream--said on Friday.

“I’m getting lots of reports from my constituents about seeing ICE on the streets,” said Greg Casar, an Austin city council member. “Teachers in my district have contacted me—certain students didn’t come to school today because they’re afraid.”

He said ICE needs to clarify whether these people “are in fact dangerous, violent threats to our communities, and not people who are here peacefully raising families and contributing to our state.”

Democratic members of Congress also denounced the reported raids and said they would do what they could to fight them.  Los Angeles Mayor Eric Garcetti asked ICE on Friday for "greater transparency about ongoing operations" within the city.

Tags: US Trump Immigrant
Short Link rasanews.ir/201nA2
Share
0
Please type in your comments in English.
The comments that contain insults or libel to individuals, ethnicities, or contradictions with the laws of the country and religious teachings will not be disclosed