Rasa - Head of the Atomic Energy Organization of Iran (AEOI) Ali Akbar Salehi hailed the massive participation of the people in the Friday rallies held across the country, saying the high turnout demonstrated that the people and government are going “hand in hand”. 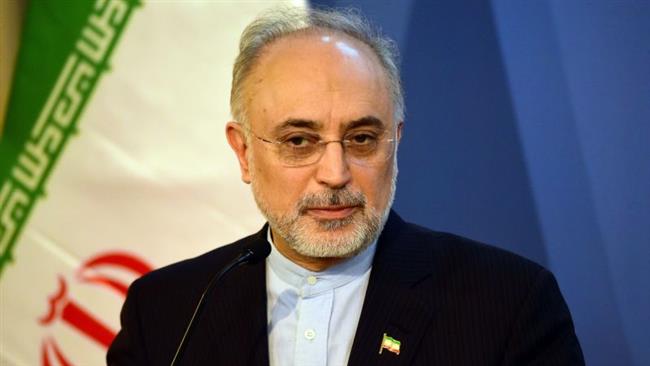 RNA - Speaking to reporters in a rally to mark the anniversary of the 1979 Islamic Revolution here in Tehran on Friday, Salehi pointed to recent warmongering rhetoric and remarks made by the new US administration against the Islamic Republic and said the Iranian nation cannot be threatened.

“The (massive) presence indicates that the government, people, the leadership and the establishment are going hand in hand,” he noted.

“The Iranian nation has proved that they are standing up and resisting against the enemies,” the nuclear chief added.

Iranian people took to the streets on Friday for nationwide rallies marking the 38th anniversary of the victory of the Islamic Revolution.

People in capital Tehran, more than 1,000 other cities and towns, and in 4,000 villages have attended the rallies with flags of Iran and banners in support of the Islamic Republic.

In the capital, enthusiastic demonstrators marched across 10 main routes to reach the Azadi (Liberty) Square to cherish the memory of the Islamic Revolution victory.

Hundreds of foreign guests, including scientific, political, and influential figures from the European, African, Asian, and American countries have traveled to Iran to witness the event, which is also a great opportunity for reporters.

More than 6,000 cameramen and journalists, including 250 foreigners, cover the massive rallies in Tehran and other cities.

High-ranking Iranian officials have also attended the rallies along with other people to rejoice at the auspicious ceremony.

Tags: Salehi Iran Rally
Short Link rasanews.ir/201n9X
Share
0
Please type in your comments in English.
The comments that contain insults or libel to individuals, ethnicities, or contradictions with the laws of the country and religious teachings will not be disclosed