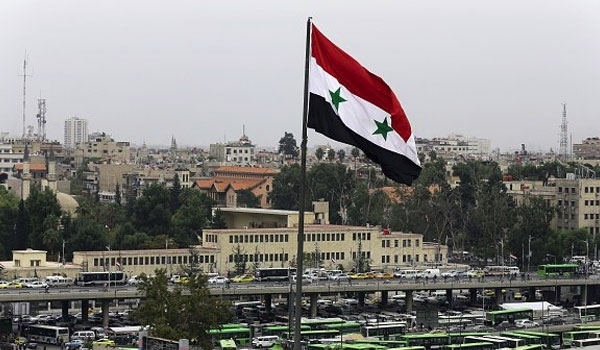 RNA - The Syrian army killed and wounded scores of terrorists in Eastern and Western territories of Damascus province.

Syrian Army troops carried out a surprise attack on the positions of Al-Nusra Front (recently renamed to Fatah al-Sham Front) in Eastern Ghouta, destroying one of their command centers in the region.

The army soldiers struck the concentration centers of al-Nusra in Jobar and destroyed one of their command centers, killing the entire member of the group inside the center.

The army has forwarded hundreds of soldiers to Jobar after liberating Wadi al-Bardi region in Western Ghouta.

The malls area is a strategic region as it overlooks most of Jobar areas, mainly the Arabic houses area.

The army managed to advance against terrorists in the region after killing at least 10 militants and capturing 3 positions.

Syrian Army troops continued their advances against ISIL in the Eastern parts Aleppo, driving terrorists out of another town and several more farms near the town of al-Bab.

The army soldiers engaged in intense battle with ISIL South of al-Bab and seized control of several farms near the newly-liberated town of Deir Qaq.

The army men further moved towards the town of al-Shamawiyeh and pushed ISIL out of the town.

A military source said that the army troops were advancing towards the town of Abu Taltal South of Tadif town.

The source also said that the ISIL has suffered heavy casualties and its military hardware has sustained major damage in the army advances.

The Syrian Army continued its advances against ISIL in Eastern Aleppo and drove terrorists out of more key towns and hills near the town of al-Bab, deploying forces in the nearest positions to the terrorist-held town.

The artillery and missile units targeted Nusra's positions in the towns and villages of al-Rastan, Talbiseh, Tir Ma'ala, Ezzeddeen, Ein Hossein and al-Sa'an in Northern and Northeastern Homs, killing and injuring a number of militants and destroying their vehicles and positions.

In the meantime, Syrian fighter jets bombed heavily two positions of al-Nusra Front East of the town of al-Salamiyah in Hama, destroying terrorists' centers and killing the entire militants in the centers, including several commanders.

Syrian Army troops continued their anti-ISIL operation on the Southern outskirts of Deir Ezzur to lift the terrorists' siege on the city's airbase, taking control over more key positions in the region.

The army men, backed up by the country's warplanes, engaged in fierce clashes with ISIL in Deir Ezzur's cemetery, inflicting major damage on the terrorist's military equipment and pushing them back from more positions.

In the meantime, the warplanes pounded ISIL's movements and gatherings at al-Thardah region's crossroad, destroying militants' vehicle and equipment.

The fighter jets also carried out continued attacks on ISIL's movements in the regions of al-Ma'amel, al-Makbat, Jonay Division and electricity company in the Southern outskirts of Deir Ezzur, killing and wounding a number of militants and destroying their vehicles.

The Syrian General said that at least 15 members of the ISIL, including Field Commander Abu Mohammad al-Adnani and Libyan Commander Abu Walid Terablosi, were killed in the air assault near Deir Ezzur city.

Zahralddeen said the army has launched fresh attacks on ISIL's defense lines in Deir Ezzur's cemetery in the Southern outskirts of the city in recent days and managed to advance 3km deep into the ISIL occupied territories.

Field sources in Northern Hama reported that the terrorist groups stationed in the region have engaged in fierce infighting, resorting to armed clashes.

According to the sources, Jund al-Aqsa terrorists attacked the Free Syrian Army (FSA) bases in the Northern parts of Kafr Zita city and detained a number of its members.

Also, the terrorist group launched offensive against Jibhat al-Hamamiyat militants, detaining all its members and seizing all their weapons.

Jund al-Aqsa militants also set up outposts in Khan Sheikhoun-Rakaya road and they are on alert now, the sources said.

Jund al-Aqsa militants also took control of Jeish al-Nasr's positions in Kafr Zita in Northern Hama and deployed its forces in the region, detaining several members of Jeish al-Nasr and seizing their weapons and equipment.

Sources close to the terrorists said that the situation in Hama is worrying and Jeish al-Nasr has evacuated its forces from Taybat al-Imam city.

Certain sources affiliated to Liwa al-Aqsa- Jund al-Aqsa branch - also said that a number of Ahrar al-Sham and Heyat al-Tahrir al-Sham have been sent to the countryside of Hama city to fight against Jund al-Aqsa.

Tags: Damascus Syria Homs Aleppo
Short Link rasanews.ir/201n9R
Share
0
Please type in your comments in English.
The comments that contain insults or libel to individuals, ethnicities, or contradictions with the laws of the country and religious teachings will not be disclosed