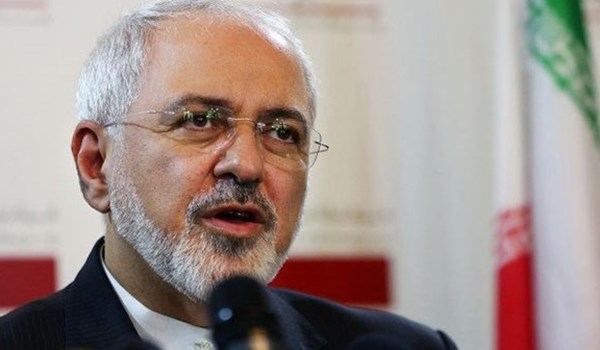 RNA - “People have been always the greatest support for the Islamic Revolution, and it is because of people’s presence that nobody could ever threaten Iran and Iranians,” Zarif said at a meeting with foreign ambassadors to Iran and representatives of foreign organizations, held in Tehran on Thursday.

He also voiced the Islamic Revolution’s support for regional and international peace, security, stability and development, saying Iran extends a hand of friendship and cooperation to anyone that is open to mutual respect.

Iranian people took to the streets on Friday for nationwide rallies marking the 38th anniversary of the victory of the 1979 Islamic Revolution.

Hundreds of foreign guests, including scientific, political, and influential figures from the European, African, Asian, and American countries have travelled to Iran to witness the event, which is also a great opportunity for reporters.

This year’s rallies have seen more anti-US sentiments given US President Donald Trump’s outspoken criticism of Iran and his executive order banning Iranian people from entering the US.

Tags: US Iran Zarif Trump Trump
Short Link rasanews.ir/201n9N
Share
0
Please type in your comments in English.
The comments that contain insults or libel to individuals, ethnicities, or contradictions with the laws of the country and religious teachings will not be disclosed