Rasa - The recent accusation against Iran by the White House press secretary underscores that the administration of President Donald Trump is comprised of “amateurish” and “juvenile” officials, a political analyst says. 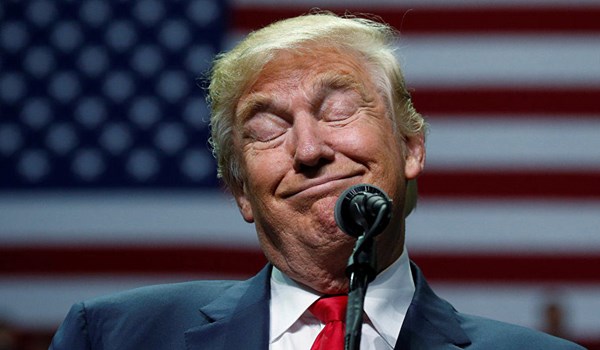 “Trump’s team is more amateurish and not as well polished as presidents in the past,” Martin told in an inteview with Press TV.

During a White House press briefing on Thursday, Spicer falsely accused Iran of attacking a US Navy vessel, after a reporter asked him to explain a warning by National Security Adviser Michael Flynn that Iran had been put “on notice.”

The spokesman also said that Trump “will not take anything off the table” in dealing with Tehran. He warned Iran to “realize that there is a new president in office. This president is not going to sit by and let Iran flout its violations or its apparent violations to the joint agreement.”

Spicer’s anti-Iran remarks reveal that Trump is the most pro-Israel president in history, Martin said. “He’s appointed more pro-Jewish Zionist officials to the highest level of government than all prior presidents combined.”

Flynn said last week he was “officially putting Iran on notice” following the country’s ballistic missile test and an attack on a Saudi naval vessel by the Houthi Ansarullah movement in Yemen.

“I think General Flynn was really clear that Iran has violated the Joint Resolution, that Iran’s additional hostile actions that it took against our Navy vessel are ones that we are very clear are not going to sit by and take,” Spicer said. “I think that we will have further updates for you on those additional actions.”

Tags: US Iran Trump
Short Link rasanews.ir/201n9A
Share
0
Please type in your comments in English.
The comments that contain insults or libel to individuals, ethnicities, or contradictions with the laws of the country and religious teachings will not be disclosed