Rasa - More than 1,000 Rohingya Muslims have allegedly been killed in Myanmar amid the army's intensified crackdown on members of the minority group, two senior United Nations officials have disclosed the horrifying fact. 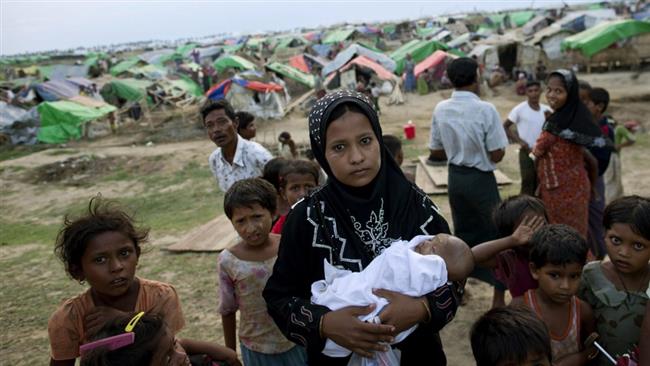 RNA - The officials, dealing with Rohingya refugees fleeing violence in Myanmar, said on Wednesday that the death toll from the carnage had been far greater than previously reported.

The officials said the world had yet to fully grasp the dimensions of the human tragedy that had been unfolding in Rakhine, a Muslim-dominated state in northwestern Myanmar, which has seen tens of thousands flee to neighboring Bangladesh as a result of the army crackdown.

"The talk until now has been of hundreds of deaths. This is probably an underestimation, we could be looking at thousands," said one of the officials, citing information his agency had gathered from refugees in Bangladesh camps over the past four months.

The official, speaking on condition of anonymity, said the weight of the testimony gathered from the refugees could verify conclusions that the death toll had already exceeded 1,000.

Officials in Myanmar’s government insist that fewer than 100 have been killed since the army began an operation against residents of Rakhine in October. The operation was launched after the military claimed that Rohingya militants had attacked police border posts and killed several officers.

The Office of the UN High Commissioner for Human Rights (OHCHR) earlier indicated that mass killings and gang rape had happened in Rakhine in recent months, saying that could have amounted to crimes against humanity.

The OHCHR cited evidence from refugees as well as satellite imagery showing destruction of villages.

A second UN official, also operating for an agency in Bangladesh, said on Wednesday that the OHCHR report on the situation, which was based on interviews with 220 people, was only "the tip of the iceberg."

A separate, internal UN analysis, which has reportedly used a larger sample size, has revealed that more than 350 people from a single village have either been killed or remain unaccounted for after the army crackdown.

Myanmar's presidential spokesman, Zaw Htay, said on Wednesday that the death of more than a thousand, as claimed by UN officials, should be checked on the ground.

"Their number is much greater than our figure,” said the official, without elaborating.

Myanmar denies citizenship to more than 1.1 million Rohingya living in the country, with Buddhist officials still insisting that members of the community all illegally crossed the border from Bangladesh over the past decades.

Rights groups and governments have repeatedly challenged the claim as historic documents show that Muslims have had historic roots in Myanmar.

The UN says about 69,000 people have escaped from Rakhine into Bangladesh since the violence began last year.

Tags: Muslim Rohingya Myanmar
Short Link rasanews.ir/201n8y
Share
0
Please type in your comments in English.
The comments that contain insults or libel to individuals, ethnicities, or contradictions with the laws of the country and religious teachings will not be disclosed