Rasa - On Friday, February 10, millions of Iranians will take to the streets nationwide to mark the 38th anniversary of the Islamic Revolution in 1979. 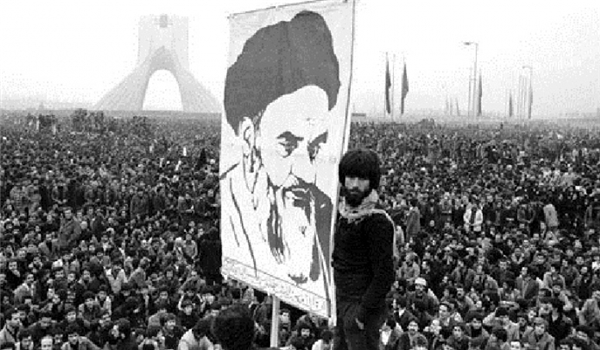 RNA - As previously, the capital Tehran and other cities and towns will be witnessing rallies in celebration of the victory that on the 22nd day of the month of Bahman on the solar calendar year of 1357 put an end to the monarchical rule of the US-backed Pahlavi regime. It’s a day in which the Revolution, under the leadership of Imam Khomeini, established a new political system based on Islamic values, martyrdom, and democracy. By attending the rallies on Friday, the Iranians will once again reaffirm their allegiance to the causes of the Revolution and Imam Khomeini.

No doubt, the Iranian Revolution is one of the most important events in modern history, on a par with the watershed French and Russian revolutions. By removing a despot who was the main obstacle to democracy, the Iranian Revolution still has immense importance for the Arab and Islamic world. Above all, it has opened up a future that, due to the iron grip of authoritarian regimes backed by Western powers, had been considered closed. As we saw from the demonstrations during the Arab Spring or Islamic Awakening, it is not lost on others in the region that ousting corrupt autocrats is no longer just an impossible dream. Iran’s message to others is that despotism is not a lot in life to which they must submit. That message is spreading fast in places like Bahrain and Saudi Arabia, because the Iranian democratic movement is legitimately homegrown, not tied to a foreign sponsor, and is fighting foreign-backed terrorism in Iraq and Syria.

Nonetheless, an open future includes not only the possibility of freedom and democracy, but the possibility of foreign invasion and foreign-backed terrorism. The people in the streets celebrating the revolution should not think that their work is done, and that they can leave the rest to political organizations. On the contrary, they must make their presence felt in every corner of the country and at every layer of the establishment; and they know it pretty well as they show it on multiple occasions - including elections, February 11 and Quds Day rallies - each year. The reasons are pretty much obvious:

1- Iran is among seven countries whose nationals are barred from entering the United States under President Donald Trump's executive order. That order is now on hold by a judge, but it doesn’t change the fact that the decision, even if for a temporary period, is an obvious insult to Iran and the Islamic world.

It reflects Trump’s recent bellicose language, but the work was begun under the former Obama administration, which undertook similar measures against Iran before and after the nuclear deal. So the designations were expected and it’s not surprising given Iran has continued to stand against America’s regime-change campaigns in Afghanistan, Iraq, Libya, Syria, and Yemen.

A reminder why people in the streets on Friday will not be turning a blind eye to America’s hostile and belligerent actions toward the Islamic Republic and the Islamic world:

- They will confirm to the world community that the people of Iran and their government consider the new American episode to be in defiance of the UN Charter, International Law, and International Humanitarian Law.

- They will confirm that Trump’s bellicose language is a destabilizing factor in the region that may not hold them back through intimidation, and there is no turning back.

- They will confirm that religion can still be a more potent mobilizer of mass political action than can secular ideologies.

- They will confirm that the Revolution challenges the cultural hegemony of Western ideas, not only as a religion but as an alternative social model and way of life.

- They will confirm that the Revolution is still one of the most important happenings in modern history, comparable to the French Revolution in the 18th century and the Russian Revolution in early 20th century, but with aftermaths and results way beyond them.

- Last but not the least, they will confirm that martyrdom is the main component of their Islamic faith and Revolution, ever present in the consciousness of the Iranian nation, and that “Every Day Is Ashura and Every Place Is Karbala" – a Shiite maxim referring to the martyrdom of the Third Shi’ite Imam Hussain (AS), the grandson of Prophet Mohammad (PBUH).

It was the martyrdom factor that gave to mass political action in Iran, a diamond-hardness that was proof against all the ruthless and sophisticated physical force which the Shah’s regime and his close Israeli-American allies could mount against it.

During the first days of December 1978, millions of people took to the streets nationwide wearing white shrouds, prepared for martyrdom and advancing unarmed on the rows of US-made machine guns ready to be used to deadly effect. By no other means could they have overthrown one of the 20th century's most powerful and ruthless US-backed tyrants.

Tags: Iran Israel America
Short Link rasanews.ir/201n8i
Share
0
Please type in your comments in English.
The comments that contain insults or libel to individuals, ethnicities, or contradictions with the laws of the country and religious teachings will not be disclosed