Rasa - The ISIL terrorist group has burnt alive 10 civilians in Southern Mosul on substantiated charges of cooperation with the Iraqi army forces, a security source revealed on Wednesday. 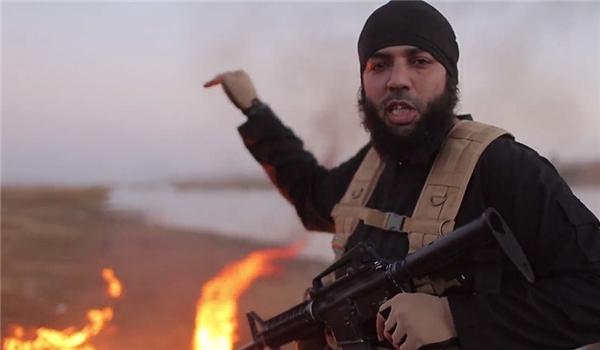 RNA - Colonel Khalid al-Jawari, a commander of the Nineveh province liberation operation, was quoted as saying by al-Qods al-Arabi newspaper that the civilians were burnt in Wadi al-Hajar region for allegedly establishing ties with the Iraqi forces through cell phones.

Also, residents of Mosul announced on Wednesday that the ISIL has executed 7 of its members near the fifth bridge in Western Mosul for escaping from the terrorist group's hidden base in the region.

Relevant reports about the ISIL crimes in Iraq also said on Tuesday that the kidneys of 45 patients were stolen by the ISIL militants in the hospitals located on the right side of Mosul, Iraqi media said.

The reports cited an informed but unidentified source saying that the extremists have not only stolen the kidneys of civilian patients but even those of their own members.

The source also said that the civilian victims who turn to hospitals for surgery are shocked when they find out that instead of the intended surgery for them, their kidneys were taken away.

ISIL uses its own surgeons for organ thefts, according to the source who added that the organization has an agreement with mafia and human organs trafficking nets and funds its operations by selling human organs.

Tags: Terrorist ISIL Iraq
Short Link rasanews.ir/201n8h
Share
0
Please type in your comments in English.
The comments that contain insults or libel to individuals, ethnicities, or contradictions with the laws of the country and religious teachings will not be disclosed