Rasa - A growing list of countries and international bodies condemned new Israeli settlement regulation, which was approved by Knesset to grab even more Palestinian lands. 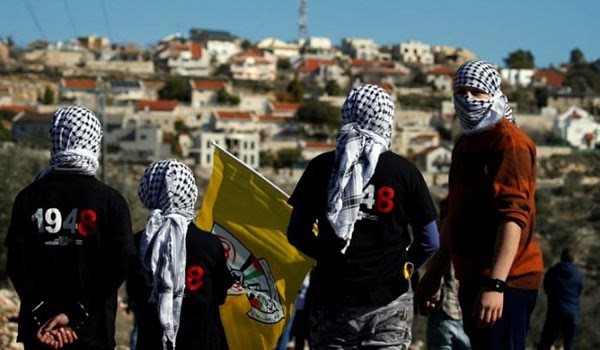 RNA - "The European Union condemns the recent adoption of the 'Regularisation Law'", foreign policy chief Federica Mogherini said, arguing it "crosses a new and dangerous threshold by legalising under Israeli law the seizure of Palestinian property rights", i24 News reported.

The 28-nation EU "urges the Israeli leadership to refrain from implementing the law and to avoid measures that further raise tensions and endanger the prospects for a peaceful solution to the conflict", she said in a statement.

"I condemn the adoption of the law by the Knesset yesterday that regulates thousands of housing units that were built on private Palestinian land in the West Bank," French Foreign Minister Jean-Marc Ayrault said.

"The law could exacerbate tensions in the region," he continued, adding "I call on Israel to respect its international obligations and rescind the law."

A statement from Germany's foreign ministry said its confidence in the Israeli government's commitment to the two-state solution was "severely shaken."

Germany also noted "odd expressions by individual members of the government, who openly call for the annexation of parts of the West Bank and prepare corresponding legislative drafts," concluding that "this is now a question of credibility."

The French statement came shortly after the United Kingdom issued a condemnation of the law, a day after Israeli Prime Minister Benjamin Netanyahu met with British Prime Minister Theresa May in London, saying that the legislation damages Israel's international standing.

"...I condemn the passing of the Land Regularization Bill by the Knesset, which damages Israel’s standing with its international partners," the UK's Minister for the Middle East Tobias Ellwood said in a statement.

"It is of great concern that the bill paves the way for significant growth in settlements deep in the West Bank, threatening the viability of the two-state solution," the statement said, adding "We reiterate our support for a two-state solution leading to a secure Israel that is safe from terrorism, and a contiguous, viable and sovereign Palestinian state."

The UN too raised its voice, charging that the law "crosses a very thick red line."

"This is the first time the Israeli Knesset legislates in the occupied Palestinian lands and particularly on property issues," UN envoy for the Middle East peace process Nickolay Mladenov told AFP. "

"The law opens the potential for the full annexation of the West Bank and therefore undermines substantially the two-state solution."

UN Secretary-General Antonio Guterres said that the bill "is in contravention of international law and will have far reaching legal consequences for Israel."

But US policy has become less clear in the 17 days since the inauguration of President Donald Trump, and on Monday his State Department refused to take a position.

"The administration needs to have the chance to fully consult with all parties on the way forward," a State Department official told the AFP news agency on condition of anonymity.

"At this point, indications are that this legislation is likely to be reviewed by the relevant Israeli courts, and the Trump administration will withhold comment on the legislation until the relevant court ruling."

Prime Minister Benjamin Netanyahu said he had updated the US administration so as not to surprise "our friends."

And Bezalel Smotrich of the far-right Jewish Home party thanked the US people for electing Trump as president, "without whom the law would have probably not passed."

Under the previous US administration the State Department under then secretary of state John Kerry was clear that settlement building was endangering the cause of peace.

The State Department official said Washington still hopes for a peace deal but understands that the Israeli law will face challenges in the country's own judicial system.

"Among other reasons, this is the first time since 1967 that Israeli civil law is being applied directly to the West Bank, and that Israel's attorney general has stated publicly that he will not defend it in court," he said.

But the US official tried to dissuade the Palestinians or their supporters from challenging the law themselves before the international community.

"We are concerned that other actors have said they may seek to challenge this measure in multilateral fora, including at the International Criminal Court," he said. "We continue to strongly oppose actions against Israel at the ICC as counterproductive to the cause of peace."

While the US withheld comment, British Prime Minister Theresa May reportedly told Netanyahu during a state visit to London Sunday that the legislation is unhelpful and would make things more challenging for Israel's allies around the world, according to local reports.

Moments before the two leaders met, May's spokesman told reporters that she planned to express to Netanyahu her opposition to settlement activity in the West Bank and Eastern Jerusalem.

Netanyahu downplayed the prominence of the settlement issue in the leaders' meeting, saying it “was not discussed in detail, to say the least.”

US Jewish groups were also quick to condemn the legislation, which will allows Israel to legally seize private Palestinian land on which Israelis have built their homes, either without knowing it was private property or because the state allowed them to do so.

The Anti-Defamation League (ADL) issued a statement expressing its "strong concern" over the bill, and urging the Israeli government to "find alternatives" that address the issue "in a manner consistent with both Israeli and international laws."

"As an organization with a long history of advocating for the State of Israel both in the U.S. and internationally, we recognize the complexity of issues relating to Israeli settlements. However, it is imperative that the Knesset recognizes that passing this law will be harmful to Israel’s image internationally and could undermine future efforts to achieving a two-state solution." ADL CEO Jonathan A. Greenblatt said in a statement.

The American Jewish Committee (AJC), meanwhile, said it was “deeply disappointed” with the bill's passing.

AJC CEO David Harris called the bill "misguided" and said it is "likely to prove counter-productive to Israel’s core national interests." He expressed support for Israel's Supreme Court and Attorney General, which he said "can and should reverse this misguided legislation."

The organization warned that "construction and the reclassification of outposts beyond the security barrier, and thus not anticipated to remain with Israel as a result of negotiated ‘territorial swaps,’ are not conducive to advancing prospects for peace."

"Palestinian protesters wave national flags during a demonstration against the construction of Jewish settlements in the West Bank near the settlement of Maale Adumim, east of Jerusalem on January 20, 2017"

"The law in question is only a cover for stealing the land and appropriating the property of Palestinians," said Arab League head Ahmed Aboul Gheit, adding that it is a continuation of "Israeli policies aimed at eliminating any possibility of a two-state solution and the establishment of an independent Palestinian state."

Jordan, one of the few Arab states to have diplomatic ties with Israel, also denounced what it called "a provocative law likely to kill any hope of a two-state solution".

"We strongly condemn Israeli Parliament's adoption of a law that gives approval to various settlements consisting of 4,000 units built on the private property of the Palestinians," the ministry said in a statement.

"The Trump administration cannot shield them from the scrutiny of the International Criminal Court", the rights group warned.

Palestinian Authority President Mahmoud Abbas was set to discuss the legislation with his French counterpart Francois Hollande during a meeting in Paris on Tuesday.

Tags: Israel Palestine
Short Link rasanews.ir/201n8Z
Share
0
Please type in your comments in English.
The comments that contain insults or libel to individuals, ethnicities, or contradictions with the laws of the country and religious teachings will not be disclosed