US Threats against Iran Futile

Rasa - Commander of the Islamic Revolution Guards Corps (IRGC) Major General Mohammad Ali Jafari recommended American politicians to come to the understanding that making threats against Iran is of no avail. 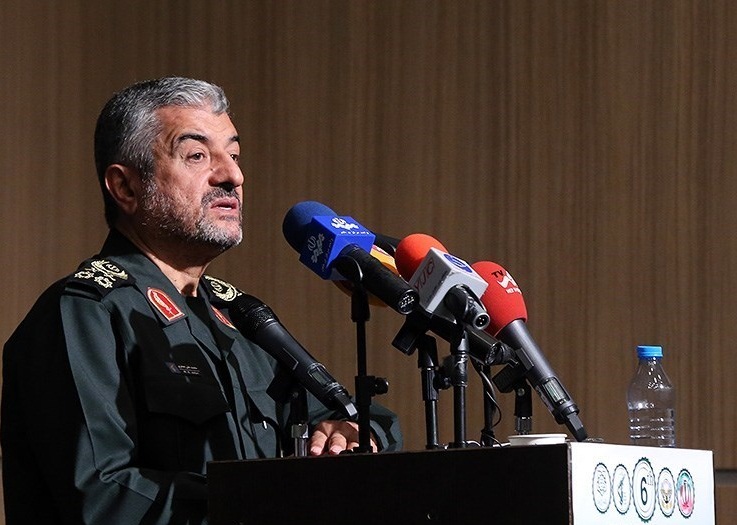 RNA - “Enemies of the Islamic Revolution in recent years have explicitly acknowledged its glory and might, and we recommend the American politicians to consider threatening Iran as useless,” Major General Jafari said on Wednesday, in an address to a cultural event in Iran’s western city of Hamedan.

He then made a reference to American analyses that highlight the “considerable risks” of an encounter with Iran, saying some have even advised Donald Trump to be mindful that Iran is in a position that sees the US as a “paper tiger”.

Some other analysts also believe that the US must put aside the notion of being even a half-superpower in the world, the commander added.

His comments came after Leader of the Islamic Revolution Ayatollah Seyed Ali Khamenei reminded the new US president that Iran will not be intimidated by threats.

In an address to Air Force personnel on Tuesday, Ayatollah Khamenei played down US president’s anti-Iran rhetoric, stressing, “Iranians are not afraid of threats.”

The Leader also noted that Trump is going to get a response for his comments and threats in the upcoming rallies in Iran marking the anniversary of the 1979 Islamic Revolution’s victory.

Tags: Major General Mohammad Ali Jafari US Iran
Short Link rasanews.ir/201n8T
Share
0
Please type in your comments in English.
The comments that contain insults or libel to individuals, ethnicities, or contradictions with the laws of the country and religious teachings will not be disclosed