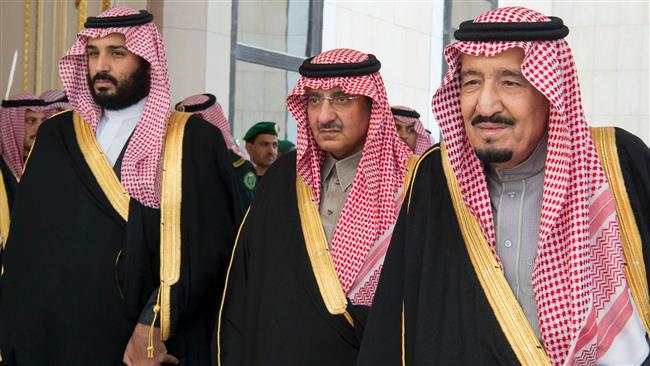 RNA - The Saudi kingdom has stepped up politically-motivated arrests, prosecution and conviction of activists and protesters because the regime sees itself on the verge of collapse and tries to delay it, said Shabbir Hassanally, activist and Islamic scholar from London.

The Saudi regime is suppressing any opposition because “it knows it is on the way out,” Hassanally said on Tuesday.

“Any regime that cannot tolerate even the mildest criticism proves that it’s sitting on very, very weak foundations,” he noted, adding that the Saudi “entity is self-destructing internally; it’s falling apart.”

“When you have an entity that cannot tolerate peaceful protests, any sort of peaceful resistance or discussion; then, they close all the doors and the only that is left is that of active resistance,” he added.

The Islamic scholar also predicted that the Saudi entity would not exist “beyond 2020.”

Undermining Saudi authorities’ claim that they are representing the real Islam, the activist argued that the Saudis do not observe many tenets of the holy religion and practice “insane interpretation of Islam called Wahhabism.”

“Saudi Arabia has the same relationship to Islam as the Israelis have to Judaism meaning that neither of these two are connected” to Islam or Judaism, the analyst stated.

The United States and Britain have supported the Al Saud’s grip of power in Saudi Arabia and even provided the Saudi authorities with weapons to suppress their opponents, the analyst said.

Hassanally went on to say that the Western world is “propping up” the Saudi regime, while the Western countries know the Wahhabi ideology is nurturing extremism in the region, because “the West needs this boogeyman in order to keep this rising tide of Zionist Islamophobia.”

Saudi Arabia has defied international demands to stop repressing activists and protesters, who have been conducting protests against the regime in Riyadh since 2011.

Tags: HRW Saudi
Short Link rasanews.ir/201n8R
Share
0
Please type in your comments in English.
The comments that contain insults or libel to individuals, ethnicities, or contradictions with the laws of the country and religious teachings will not be disclosed