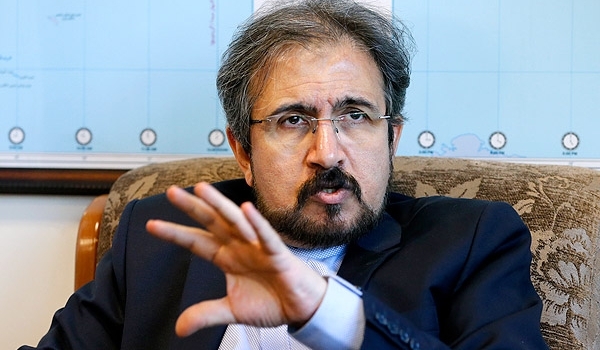 RNA - "It is clear that the regime's settlement constructions is against the principles and rules endorsed by the international community, and the Islamic Republic of Iran wants the international community again to take practical and immediate measures to support materialization of the Palestinians' legitimate demands, strengthen the Palestinian people's international position and oppose the Zionist regime's expansionist policies," Foreign Ministry Spokesman Bahram Qassemi said on Tuesday.

Noting that Israel's continued policies and measures against the international community's consensus and resolutions will exacerbate the regional conditions and increase instability, he called on the international circles and enlightened conscience not to keep mum on the regime's expansionism and acts which create tension.

The law approved by the Israeli lawmakers on Monday, retroactively legalizes several thousand homes built illegally on private Palestinian lands. The original landowners would be compensated either with money or alternative land, even if they do not agree to give up their property.

The international community overwhelmingly opposes settlements and sees them as an obstacle to peace.

The law is part of a series of pro-settlement steps taken in recent weeks by Israel's hard-line government, which has been emboldened by the election of US President Donald Trump.

Tags: Iran Settlement Israel
Short Link rasanews.ir/201n8P
Share
0
Please type in your comments in English.
The comments that contain insults or libel to individuals, ethnicities, or contradictions with the laws of the country and religious teachings will not be disclosed