Hundreds Gather in Auckland, New Zealand to Protest Islamophobia in Face of Trump

Rasa - Hundreds of people of all ages have turned out in the city of Auckland in New Zealand to protest against the US president's policies against Muslims and his now-suspended ban on refugee entering the United States. 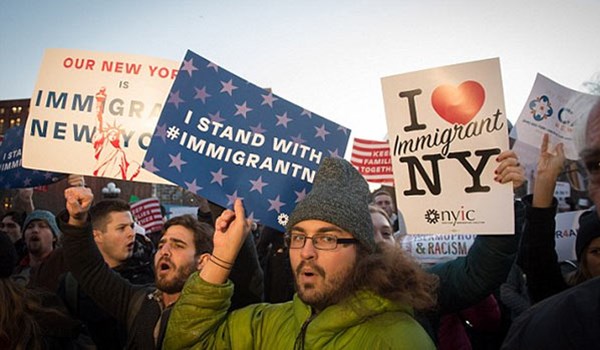 RNA - The protesters also fighting against the rise in Islamaphobia and discrimination against migrants in New Zealand and around the world, ZB News reported.

The racist cries of a group of about five Trump supporters were drowned out by the crowd.

The anti-Trump protesters chanted and played music to try and silence them, with one protestor saying it was a positive way to respond to the hate.

"It blows my mind that people think the way that they think. I just can't fathom how they can say such hateful things."

Tags: New Zealand Islam Trump Islamophobia
Short Link rasanews.ir/201n8F
Share
0
Please type in your comments in English.
The comments that contain insults or libel to individuals, ethnicities, or contradictions with the laws of the country and religious teachings will not be disclosed