We cannot rely on any agreement with the US

Rasa – The revered source of emulation said that the world must not rely on the US to abide by its commitments and said if the world is notified of this issue, the US will be discredited on the world stage. 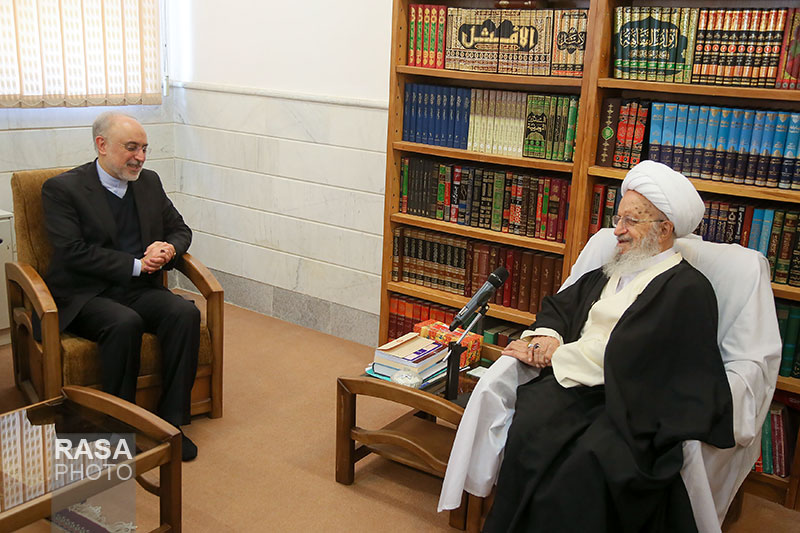 RNA – In a meeting with Ali-Akbar Salehi, the head of Atomic Energy Organization of Iran, Grand Ayatollah Naser Makarem-Shirazi offered his appreciation for his efforts and said, “You are very precise and pursue issues in a realistic and moderate manner.”

The revered source of emulation expressed the need for intensive and extensive work on some issues and said that we must notify the world that if the United States signs an agreement with any country, the next day, they can quickly nullify it.

“The world must not rely on the US to abide by its commitments. If the world is notified of this issue, the US will be discredited on the world stage,” he said.

He said that all intellectuals in world know that if a leader signs an agreement, this contract isn’t a personal agreement but rather this agreement was signed by a government and the next administration cannot take responsibility for it and can disregard and repeal it.

Ayatollah Makarem-Shirazi referred to the distrust of immigrants in the United States and said that the US had allowed immigrants to enter the country, study, work for them, serve them and bring their family members over. Now, newly-elected President Donald Trump has violated this all at once and has said that immigration is forbidden.

He added that the result of this issue is distrust in all aspects. The US had brought them into the country and so how can they separate these immigrants from all their relatives? And worse, is that the US had issued them visas.

“Those who have been give visas are like someone who has been invited but when they arrive, you send them back to where they came from. This is something like the law of the jungle,” he said.

The teacher in the Islamic Seminary of Qom said that according to the US’ proposal to review the Joint Comprehensive Plan of Action (JCPOA), they have said that we must sit down and negotiate once again.

“We went, sat down and talked with the US and the next day, they say ‘we don’t accept this.’ What kind of proposal is this? How can anyone trust [the US]?” he said.

Ayatollah Makarem-Shirazi referred to the criticism that takes place within the country and said, “Given the present conditions, we must have complete solidarity in the country so we can stand against the enemies.”