Rasa - A Bahraini court has turned down an appeal by the country’s main Shia opposition group, the al-Wefaq National Islamic Society, against its dissolution as the ruling Al Khalifah regime presses ahead with its clampdown on pro-democracy campaigners in the kingdom. 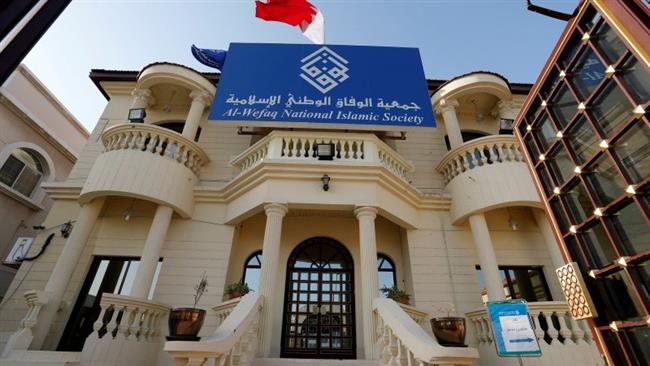 RNA - On Monday, Bahrain’s Court of Cassation denied the plea, and upheld a previous ruling for the dissolution of al-Wefaq and confiscation of its assets.

The decision came three months after the opposition bloc appealed a court order to dissolve it.

On July 17, 2016, the Bahraini High Administrative Court ordered the dissolution of al-Wefaq and the seizure of its funds.

The court ruling drew criticism from the United Nations, with then Secretary General Ban Ki-moon describing the dissolution as “the latest in a series of restrictions of the rights to peaceful assembly, freedom of association, and freedom of expression in Bahrain.”

The Bahraini Justice Ministry had suspended the activities of the opposition group on June 14, 2016.

Distinguished Shia opposition cleric Sheikh Ali Salman, who used to lead al-Wefaq, was arrested in December 2014 for backing reforms in the country through peaceful means.

He was then sentenced on June 16, 2015 to four years in prison during a trial, which charged him with “publicly insulting the Interior Ministry” and “publicly inciting others to disobey the law” through his speeches. Britain-based rights body Amnesty International described the trial as “unfair.”

After appealing the verdict, Bahraini Supreme Court of Appeal increased Salman’s prison sentence to nine years in May on charges of inciting violence and calling for anti-regime demonstrations.

The Manama regime has charged Sheikh Qassim with illegally collecting funds, money laundering and helping terrorism, allegations which he has strongly rejected.

Thousands of anti-regime protesters have held demonstrations in Bahrain on an almost daily basis ever since a popular uprising began in mid-February 2011. They are demanding that the Al Khalifah dynasty relinquish power and let a just system representing all Bahrainis be established.

Tags: AL-Wefaq bahrain
Short Link rasanews.ir/201n7n
Share
0
Please type in your comments in English.
The comments that contain insults or libel to individuals, ethnicities, or contradictions with the laws of the country and religious teachings will not be disclosed