Rasa - Israeli Prime Minister Benjamin Netanyahu has called on British Prime Minister Theresa May and US President Donald Trump to take a tougher stance against Iran. 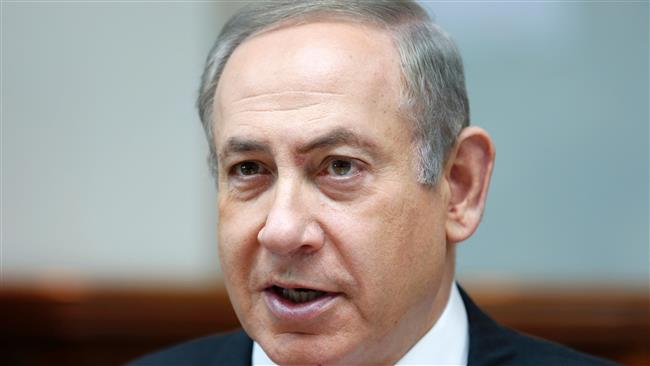 RNA - "New admin in US, new gov in Britain, new diplomatic opportunities for Israel. I have meetings in London tomorrow and in Washington next week," Netanyhahu said in a tweet on Sunday.

Earlier in the day, he told his cabinet that forming a united front against Iran was one of the main topics that he was going to raise with May and Trump during his upcoming visits.

“In the diplomatic sphere, I intend to emphasize the need for a common front against Iran’s defiant aggression, which has raised its head in recent days. This must be done on an ongoing basis, but especially in light of Iran’s defiance against the international order,” Netanyhahu said.

Tel Aviv’s renewed focus on Iran comes shortly after the inauguration of Trump, whose views on the Iran nuclear deal and its missile program converges with that of Israel.

Both Trump and Netanyahu have voiced their opposition to the 2015 nuclear agreement, which was reached between Iran and the P5+1 group of nations – the US, the UK, Russia, France, China and Germany.

Under the deal, which entered into force in January, 2016, Iran accepted to limit parts of its civilian nuclear program in exchange for the removal of all nuclear-related sanctions.

Iran’s successful test of a ballistic missile last weekend drew a round of new US sanctions against Iran, with Trump warning in a tweet that Tehran was “playing with fire”.

Netanyahu said he would call for more sanctions against Iran when he meets with Trump in the coming days.

Iran has made it clear that the missile test-launches do not pose a threat to any country in the region and are solely conducted to bolster Iran’s defense capabilities and protect its regional allies.

Tehran has warned the new US administration that it would give an “effective and immediate” response to any violation of the nuclear deal.

Tags: US Iran Netanyahu Israel UK
Short Link rasanews.ir/201n7d
Share
0
Please type in your comments in English.
The comments that contain insults or libel to individuals, ethnicities, or contradictions with the laws of the country and religious teachings will not be disclosed