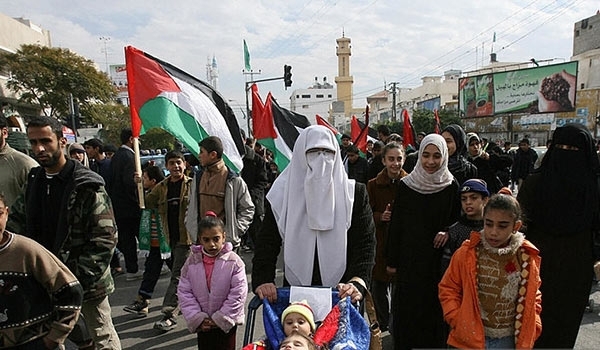 RNA - "We support Iran’s role in materializing the rights and independence of Palestine," the Indonesian speaker said.

Saleh also voiced his readiness to attend an upcoming conference on Palestine to be hed in Tehran after receiving Larijani's invitation letter.

"I will attend the event to declare my country's practical support for the Palestinian nation," the Indonesian speaker added.

Nourian, for his part, said that Iran wants to cooperate with other countries as post-sanctions era has created suitable conditions for expanding ties between Iran and the world.

"Iran’s priority is to promote cooperation with Islamic states such as Indonesia as the most populated Muslim country in the world," he added.

Nourian reiterated that the Iranian nation has a special attitude towards Indonesia, and said, "The Iranian parliament and government favor expansion of bilateral ties."

In relevant remarks in mid-December, Iran's Supreme Leader Ayatollah Seyed Ali Khamenei threw his weight behind a 10-article plan presented by the Islamic Jihad Movement of Palestine for the nation's unity and resistance against the Israeli regime.

Speaking at a meeting with Secretary General of the Palestinian Islamic Jihad Resistance Movement Ramadan Abdullah in Tehran on Wednesday, Ayatollah Khamenei voiced pleasure in the plan, saying that "emphasis on struggle, full rejection of reconciliation treaties, insistence on the unity of the Palestinian groups and condemning the efforts made by certain reactionary states for compromise with the enemy are among the outstanding contents of the plan".

Yet, he stressed that the plan should go into force as soon as possible, cautioning that some actors might move to impede its implementation; "hence, care must be taken not to leave this plan on paper to be forgotten after initial and tactical admirations".

Ayatollah Khamenei also laid emphasis on the importance of the young combination of the Palestinian population, and said Palestinians should display that they are a lively population in the West Bank.

Tags: Iran Ayatollah Khamenei Palestine Indonesia
Short Link rasanews.ir/201n7Y
Share
0
Please type in your comments in English.
The comments that contain insults or libel to individuals, ethnicities, or contradictions with the laws of the country and religious teachings will not be disclosed