Rasa - A new Poll revealed that almost two-thirds of Britons believe US President Donald Trump is a threat to international stability. 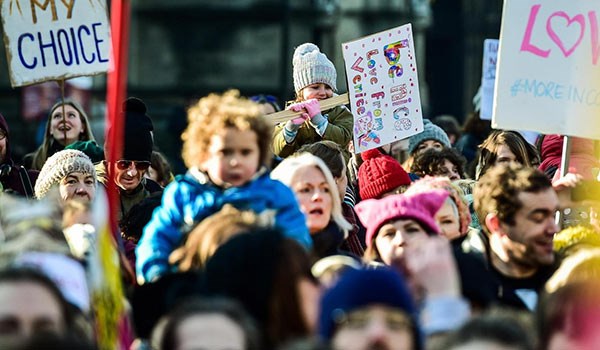 RNA - The Opinium/Observer poll showed that the Britons have an overwhelmingly negative view of the “divisive” US President, who in the fortnight since his inauguration on January 20 has signed a string of executive orders imposing draconian immigration measures, professed to backing torture and rowed publicly with the leaders of Mexico, Iran and Australia, Mangalorian reported.

In addition to the 64 per cent who believe he represented a threat to international stability, the words most commonly associated by Britons with Trump were dangerous (50 per cent), unstable (39 per cent), and bigot (35 per cent). A further 56 per cent believed he was untrustworthy.

The poll also revealed that over four in 10 people, 44 per cent, believed Trump will be an “awful” President, with a further one in ten believing he will be below average.

A mere 6 per cent said Trump will be a great President.

However, Britons were more divided on the issue of Trump’s state visit to the UK, due to be hosted by the Queen this year, the poll said.

While a slim majority (53 per cent) believed the trip should either be delayed until his now-suspended 120-day travel ban on seven Muslim-majority countries lapses (25 per cent) or canceled outright (28 per cent), 36 per cent said the visit should go ahead regardless.

Parliament will hold a debate on calls to cancel the state visit on February 20 after more than 1.8 million people signed a petition in support of scrapping or downgrading the invitation, the Guardian reported.

The poll also suggested that Prime Minister Theresa May’s move to forge a close partnership with the new White House administration could risk alienating a substantial portion of the British public.

Though 50 per cent of those surveyed believe that the US is Britain’s most important global ally, less than a third (29 per cent) think the special relationship will be stronger under Trump’s presidency than it was under former President Barack Obama’s.

The poll surveyed 2,005 adults online between January 31 and February 3.

Meanwhile, Several thousand people demonstrated outside the US embassy in London against President Donald Trump and his temporary ban on refugees and nationals from seven Muslim-majority countries from entering the United States.

Protesters held black banners with blood stains bearing slogans such as "No to Trump. No to War" and "Trump: Special Relationship? Just say no." at the demonstration against the ban and Trump's foreign policy.

Although, a Seattle judge blocked the order but many in Britain are angry about the measure, which they see as discriminatory, and the time it took for Prime Minister Theresa May's government to criticize it.

Tags: Trump Briton
Short Link rasanews.ir/201n7X
Share
0
Please type in your comments in English.
The comments that contain insults or libel to individuals, ethnicities, or contradictions with the laws of the country and religious teachings will not be disclosed