Rasa - A bomb explosion has rocked a main street near the Bahraini capital city of Manama, damaging an unspecified number of cars in the area without causing any injuries. 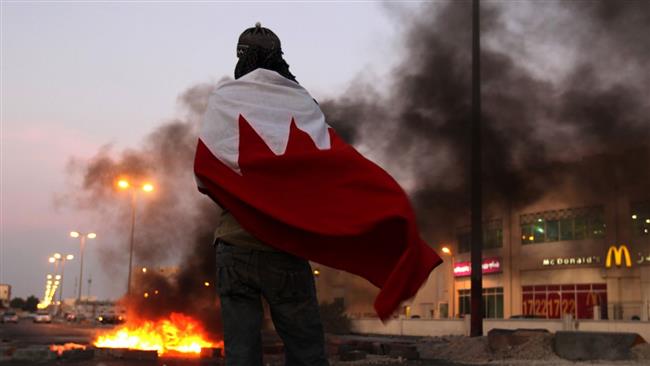 RNA - The Bahraini Interior Ministry, in a statement posted on its official Twitter page on Sunday, announced that the “terrorist bombing” took place on Budaya Street. The statement did not provide further details.

The blast came against the backdrop of intensified protests in the tiny Persian Gulf country over the execution last month of three Shia pro-democracy activists.

On January 15, the Manama regime executed Abbas al-Samea, 27, Sami Mushaima, 42, and Ali al-Singace, 21, by firing squad. The executions came a week after the Court of Cassation upheld death sentences against the trio after finding them guilty of killing three policemen, including an Emirati officer, in the northern village of al-Daih back in March 2014.

In another development, on February 4, a Bahraini court handed down 15-year prison sentences to three citizens each over an alleged attack on a police headquarters during an anti-regime protest rally in 2013.

The jail terms were issued by Bahrain’s appeals court, which claimed that those sentenced were among 40 Bahrainis accused of having thrown Molotov cocktails at the police headquarters in Khamis area on October 10, 2013.

Thousands of anti-regime protesters have held numerous demonstrations in Bahrain on an almost daily basis ever since a popular uprising began in mid-February 2011. They are demanding that the Al Khalifah dynasty relinquish power and let a just system representing all Bahrainis be established.

Tags: Manama Bomb bahrain
Short Link rasanews.ir/201n7Q
Share
0
Please type in your comments in English.
The comments that contain insults or libel to individuals, ethnicities, or contradictions with the laws of the country and religious teachings will not be disclosed