Rasa - A large majority of British people are opposed to the UK’s weapons sales to Saudi Arabia, according to a new survey. 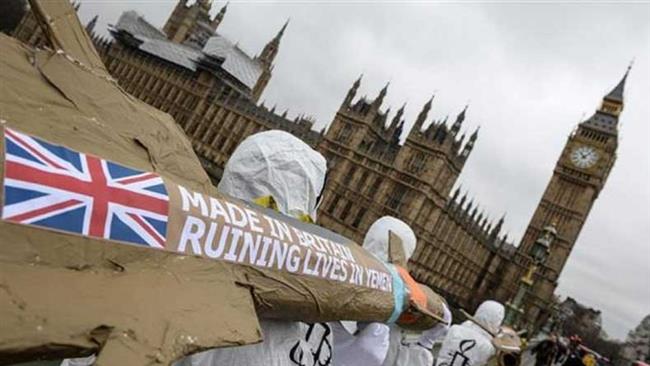 The finding comes as the UK High Court will carry out a judicial review of the UK government’s weapons transfers to the Saudi kingdom this week.

The landmark case, brought by CAAT, has the potential to derail arms sales to Saudi Arabia and could have major implications for such exports to other countries as well, The Guardian reported.

It will place all British weapons exports under close scrutiny.

CAAT, a UK-based NGO working towards the abolition of the international arms trade, is calling on the UK Department for International Trade to suspend all existing arms export licenses and to stop issuing new licenses to Saudi Arabia.

The campaign organization expressed concerns that the weapons could be used in the Saudi military aggression in Yemen.

“UK fighter jets and bombs have been central to the devastation [in Yemen],” said Andrew Smith of CAAT.

The UK government has been under immense pressure by human rights groups to end arms shipments to the Saudis.

“It is a sad state of affairs that NGOs have to go to court in an effort to force the UK government to do the right thing for the people of Yemen,” said James Lynch, Amnesty International’s head of arms control and human rights.

“How many civilians need to be killed, maimed, rendered homeless, and have their hopes and dreams shattered by Saudi Arabia-led forces that the UK government, among others, continues to recklessly arm?” he asked.

The UK government has sold over £3.3 billion worth of arms – including fighter jets, bombs and missiles – to the Saudi regime since it attacked Yemen in March 2015.

The war has killed at least 11,400 people in Yemen, according to local sources.

Tags: Yemen UK Saudi
Short Link rasanews.ir/201n7O
Share
0
Please type in your comments in English.
The comments that contain insults or libel to individuals, ethnicities, or contradictions with the laws of the country and religious teachings will not be disclosed