US Democratic congressman suggests Trump should be mentally examined

Rasa - A US Democratic lawmaker has suggested that President Donald Trump needs a mental check-up after blasting him for defending his executive order banning entry of citizens from some Muslim countries. 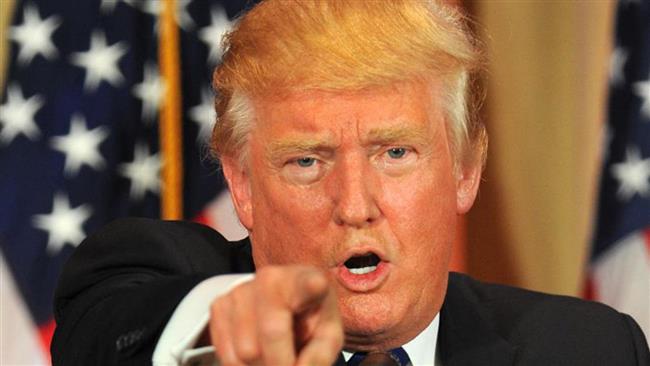 Lieu further posted a tweet praising a decision by a US federal judge to stop the travel ban against visa holders from seven Muslim-majority nations – Libya, Somalia, Sudan, Iraq, Iran, Yemen and Syria – under the pretext of fighting terrorism.

The legislator also slammed Trump’s harsh criticism of influential US daily The New York Times, accusing the newspaper of "inaccurate coverage" on the day its print edition published an article about the president’s distance from his business empire as the country’s chief executive.

The news story alleged that the real estate mogul has not sufficiently separated himself from his massive business holdings and interests -- a move that some lawyers and legal experts on government ethics say is rife with conflict of interest issues.

Tags: US Trump
Short Link rasanews.ir/201n7L
Share
0
Please type in your comments in English.
The comments that contain insults or libel to individuals, ethnicities, or contradictions with the laws of the country and religious teachings will not be disclosed