Iraq to Completely Defeat ISIS in Near Future 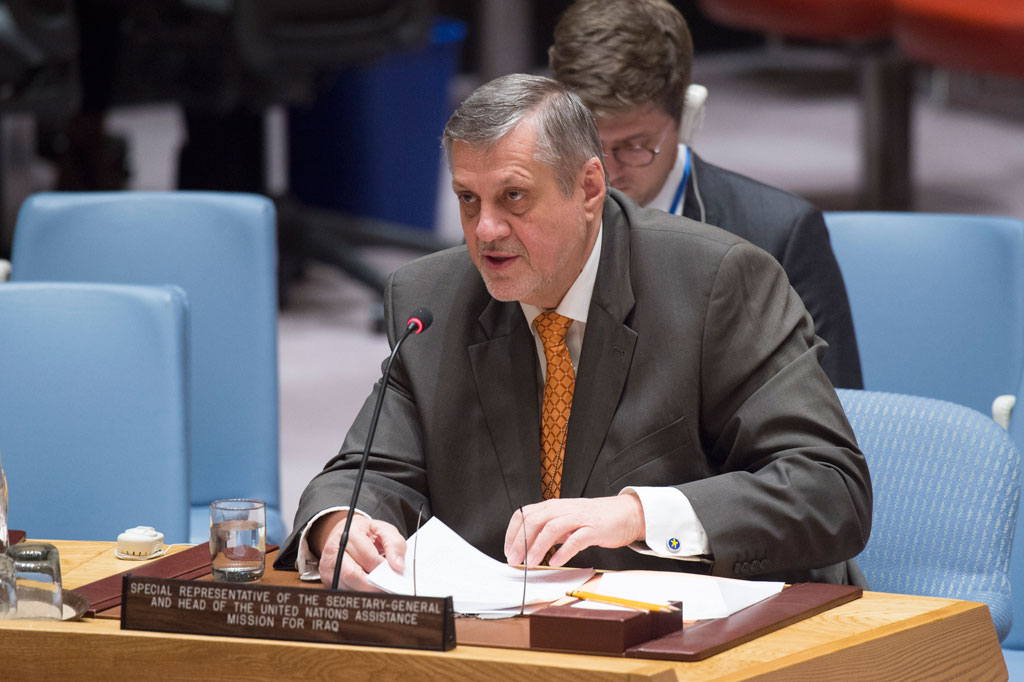 RNA - The UN envoy for Iraq says the northern city of Mosul will be liberated in near future, though terrorists are using civilians as human shields in the embattled city to slow down army advances.

Speaking at the UN Security Council meeting on Thursday, Jan Kubis said "the days of the so-called ISIS are counted.”

The UN envoy says the battle is challenging in the city as the army prepares to initiate operation to liberate the western parts. Kubis said recent victories by Baghdad “should not conceal that fighting has been and will be a massive challenge, in particular inside the old city in western Mosul.”

There have been “many casualties on both military and civilian sides” he added.

The UN envoy said ISIS terrorists deliberately target the civilians fleeing the areas under their control, shell civilians indiscriminately in recaptured areas, use civilians as human shields and station their terrorists in and near hospitals and schools.

According to the UN official, nearly 190,000 people were displaced during the operations to recapture eastern Mosul, 30,000 of whom have already returned home. An estimated 885,000 civilians had stayed in areas retaken by the Iraqi forces.

Kubis pointed to the “extreme risk” against the civilians when the planned operation to liberate western Mosul kicks off and said that humanitarian groups are preparing for possible scenarios, including “a possible mass exodus, prolonged siege-like conditions, or a sequenced and managed evacuation by the Iraqi security forces.”

Mosul, Iraq’s second largest city, fell into the hands of ISIS terrorists in the summer of 2014.

Tags: ISIS Iraq
Short Link rasanews.ir/201n7A
Share
0
Please type in your comments in English.
The comments that contain insults or libel to individuals, ethnicities, or contradictions with the laws of the country and religious teachings will not be disclosed