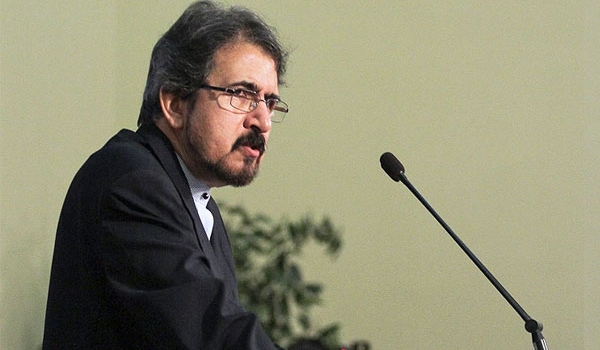 RNA - "The unfounded claims by Saudi Arabia's foreign minister originate from heavy and repeated defeats of his country in Yemen," Qassemi said on Friday night.

He underlined that the fictitious claims by al-Jubeir are the result of Riyadh's major and successive setbacks in Yemen.

The Iranian foreign ministry spokesman reiterated that the “Yemeni army and popular forces have not and will no need any foreign aid".

Qassemi said the Saudi rulers must be held accountable sooner or later for their “inhumane crimes” committed in Yemen over the past two years, adding, "Leveling such allegations will not reduce their international responsibility for the war crimes committed in Yemen."

He went on to say that the Islamic Republic of Iran as a powerful country in the region which has always played a constructive and positive role in the fight against terrorism does not need to interfere in the affairs of the regional Muslim countries.

Qassemi urged the Saudi foreign minister to change his tested and futile ways.

In a meeting with Secretary General of the United Nations António Guterres in New York on Thursday, Adel al-Jubeir appealed for the international community to address what he claimed was Iran’s interference in the affairs of other countries in the region, particularly in Yemen.

Jubeir claimed that Iran is providing Houthi fighters with weapons and said the move is a clear violation of the UN Security Council resolutions.

Tags: Iran Saudi
Short Link rasanews.ir/201n6w
Share
0
Please type in your comments in English.
The comments that contain insults or libel to individuals, ethnicities, or contradictions with the laws of the country and religious teachings will not be disclosed