Rasa - US President Donald Trump says "nothing is off the table" against Iran's missile program. Trump's comments on Thursday came when asked whether he would consider military options against Iran for testing a ballistic missile. 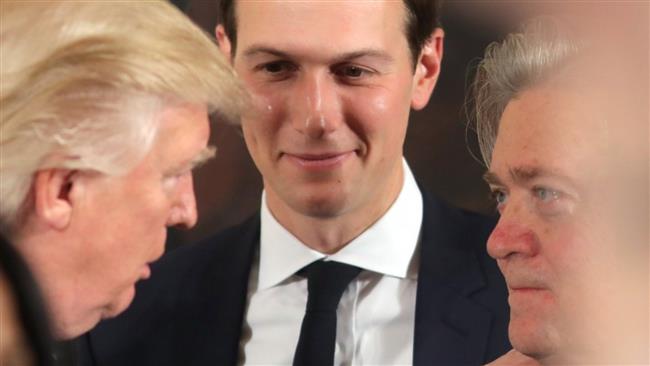 RNA - There are also reports that Washington is weighing fresh sanctions on Tehran in breach of a nuclear agreement. Iranian officials have dismissed US threats, stressing that the country will keep boosting its defensive capabilities.

He said there is "total consensus" among other members the P5+1 group of countries - France, Germany, Britain, the US, Russia and China - and the International Atomic Energy Agency (IAEA) that Iran's missile tests do not violate the JCPOA.

“I want to refer you to the report of the (former) United Nations Secretary General on the implementation of Resolution 2231," Mousavian said.

"He (Ban Ki-moon) clearly said the missile test will be deemed to be not consistent with the constructive spirit of resolution 2231 [and] not violation," he said.

"Therefore, even if we accept the interpretation of the United Nations Secretary General, it is not consistent with the constructive spirit. It is not violation of the resolution,” Mousavian added.

This comes as Washington has repeatedly violated the spirit of the nuclear deal through congressional sanctions, administrative sanctions, visa waiver, and even the recent Muslim ban, the analyst urged.

"Therefore, definitely there is no violation. However, this administration, I have said from the beginning, would find excuses to go after pressure against Iran and they are going to change Obama's engagement policy," he said.

Iran’s defensive ballistic missile program has been a bone of contention with the West during the recent years. Tehran says its missile tests do not breach the UN resolutions because they are solely for defense purposes and not designed to carry nuclear warheads.

Tags: US Iran Trump
Short Link rasanews.ir/201n6a
Share
0
Please type in your comments in English.
The comments that contain insults or libel to individuals, ethnicities, or contradictions with the laws of the country and religious teachings will not be disclosed