Rasa - Israel has heaped praise on the new US administration for taking its pointedly-antagonistic stance against Iran to a new level as Washington readies fresh sanctions against Tehran over its defensive missile program. 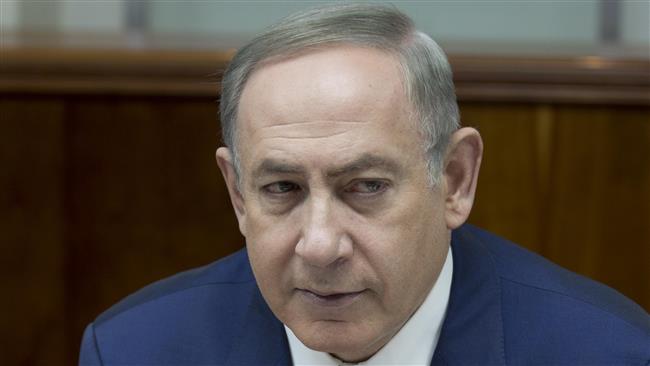 RNA - On Wednesday, President Donald Trump’s National Security Adviser Michael Flynn declared that the US was “officially putting Iran on notice” over the Islamic Republic’s recent missile tests, in comments censured by Tehran as “baseless,” “repetitive” and “provocative.”

A day later, Netanyahu welcomed the threat and said he had “listened with appreciation to the remarks of General Flynn on the need to counter Iran’s aggression,” The Times of Israel reported.

The Israeli premier had also vowed to renew his push for more sanctions against Iran in his upcoming talks with Trump, a staunch supporter of Tel Aviv, after the Islamic Republic carried out routine missile tests on January 29.

In yet another anti-Iran measure meant to curry favor with Israel, US Republican House members introduced legislation on Thursday for new sanctions against Iran over its missile tests and what calls Tehran’s “support for terrorism.”

The US and Israel claim Iran’s latest missile tests violated Security Council Resolution 2231, which urges Tehran not to undertake any activity related to missiles “designed to be capable of” delivering nuclear weapons.

Iran, however, says it is not involved in any such missile work and has no such warheads.

On Thursday, House Speaker Paul Ryan voiced support for the imposition of additional sanctions on Iran.

Reuters also cited well-placed sources as saying that “Trump is poised to impose new sanctions on multiple Iranian entities, seeking to ratchet up pressure on Tehran while crafting a broader [anti-Iran] strategy.”

“The new sanctions had been in the works for some time,” the sources added.

The Treasury Department is expected to announce the sanctions on Friday.

Resolution 2231 was adopted on July 20, 2015 to endorse a nuclear deal between Iran and six world powers, known as the Joint Comprehensive Plan of Action (JCPOA).

During the negotiations in the lead-up to the deal, Israel had launched an intense lobbying campaign to torpedo the accord.

Trump later echoed Flynn’s remarks in a tweet, saying Tehran “has been formally put on notice for firing a ballistic missile. Should have been thankful for the terrible deal the US made with them!”

On his campaign trail, Trump had threatened to “tear up” the nuclear deal or renegotiate its terms, prompting the European Union, which mediated the deal, and other parties to the accord, including the United Kingdom and France, to urge all the signatories to abide by their commitments.

Netanyahu likewise said he would discuss with Trump a “re-evaluation” of the “entire failed nuclear accord,” which was reached despite intense Israeli lobbying.

Observers say the very fact that Netanyahu had considered himself to be in the position to lobby Washington against its commitment to the deal reflected the depth of Israel’s influence on the US administration.

Over a dozen members of the Trump administration are stalwart supporters of Tel Aviv’s regional interests.

Tags: US Iran Israel Trump
Short Link rasanews.ir/201n6W
Share
0
Please type in your comments in English.
The comments that contain insults or libel to individuals, ethnicities, or contradictions with the laws of the country and religious teachings will not be disclosed