Rasa - Chairman of the Iranian parliament's National Security and Foreign Policy Commission Alaeddin Boroujerdi condemned the discriminatory decision taken by new US President Donald Trump on imposing travel ban against nationals of seven Muslim states, including Iran, describing it as a sign of the US decline. 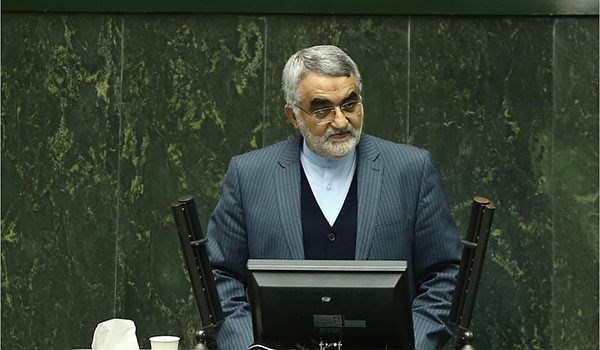 "All these developments are signs of the US decline," he added.

Boroujerdi referred to Tehran's efforts to fight against terrorism and establish security in the region, and said, "Iran is transferring its experiences to Iraq, Syria and other countries by sending military advisors to these countries."

Trump's travel ban order was followed by a weekend of uncertainty from government officials, legal action from the American Civil Liberties Union and other immigrant and civil rights groups, chaos at airports and protests throughout the United States, as well as condemnation from Democratic lawmakers and a few Republicans.

But there has also been an outpouring of opposition from world leaders and the international community at large. Thousands gathered outside 10 Downing Street, the seat of the British government, Monday evening in protest against the order, while more than a million citizens signed a petition calling for a ban on Trump visiting the United Kingdom.

The political leadership in countries like Indonesia, Denmark, Italy, Sweden, and the United Kingdom, as well as the nations that comprise the Arab League, have all spoken out in condemnation of the order, with German Chancellor Angela Merkel personally lobbying Trump to reverse course.

Tags: US Iran Parliament Trump Trump Alaeddin Boroujerdi
Short Link rasanews.ir/201n6T
Share
0
Please type in your comments in English.
The comments that contain insults or libel to individuals, ethnicities, or contradictions with the laws of the country and religious teachings will not be disclosed