Rasa - Syrian Army troops and the Lebanese Hezbollah fighters struck jointly ISIL's concentration centers in a key gas field to the West of the ancient terrorist-held city of Palmyra (Tadmur), driving terrorists out of more positions. 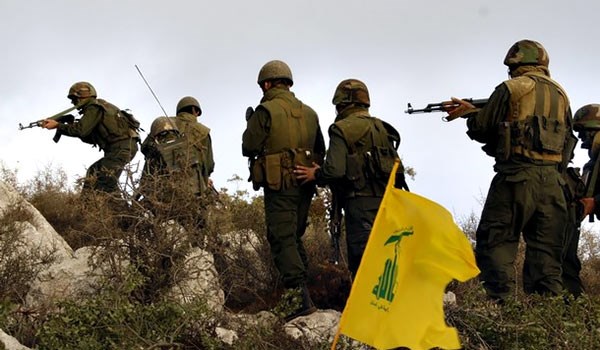 RNA - The army men and Hezbollah combatants, Backed up by Russian fighter jets, struck ISIL's defense lines in the Hayan gas field from the Western flank of the site in the vast Syrian Desert around 3:00 A.M. (Damascus Time), forcing the latter to withdraw from several points in order to avoid being overrun.

Despite the withdrawal of ISIL from the Western part of the Hayyan Gas Fields, the army has yet to enter the area due to security concerns.

In the meantime, the Syrian warplanes carried out four combat flights over the positions of Al-Nusra Front (recently renamed to Fatah al-Sham Front) in al-Rastan in Northern Homs, inflicting major losses on the militants.

In relevant developments in the Province on Thursday, the army continued its advances in Eastern Homs and seized back several new areas after managing to push back the ISIL terrorists in fierce clashes.

The Syrian army units took control of Jahar intersection and also five of its surrounding regions.

In the meantime, the army and its allied forces continued their military operations to boost security of T4 airbase in the Eastern part of Homs province and managed to take full control of vast areas in the vicinity of the airbase.

The Syrian army seized back Baner Fazeh, Fazeh Farm and Western Qasr al-Heir in Eastern Homs province after several hours of clashes with the terrorists.

A military source said that the Syrian troops took control of vast lands to the south of T4 airbase as they were continuing their advances towards the airbase.

"The ISIL terrorist group has sustained heavy losses in this operation with over 30 casualties and losing over seven military vehicles," the source added.

Tags: Syria ISIL Hezbollah
Short Link rasanews.ir/201n6P
Share
0
Please type in your comments in English.
The comments that contain insults or libel to individuals, ethnicities, or contradictions with the laws of the country and religious teachings will not be disclosed