Rasa - The administration of President Donald Trump has defended a US Special Forces raid in Yemen as a "success by all standards," despite the death of multiple civilians and children. 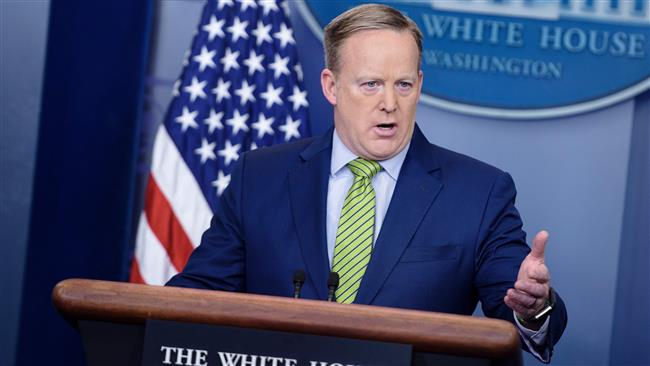 “It’s hard to ever call something a complete success when you have the loss of life or people injured,” Spicer said.

"When you think of the loss of life throughout America and institutions and in terms of the world, in terms of what some of the individuals could have done, I think it is a successful operation by all standards," Spicer said.

US special forces carried out an attack on Sunday against a purported position of al-Qaeda militants in the central Yemeni province of Bayda.

US officials maintain that their commandos killed 14 members of the al-Qaeda in the Arabian Peninsula (AQAP) and the civilian deaths occurred when US aircraft were called for help.

However, medics at the scene said about 30 people, including 10 women and children, were killed.

Human Rights Watch said the United States should compensate the families of those "wrongfully" killed or wounded in the raid.

The dead are said to include the 8-year-old daughter of Anwar al-Awlaki, the US-born cleric who was involved in planning terrorist operations for al-Qaeda’s affiliate in Yemen before he was killed in a US drone strike in 2011.

US Navy Captain Jeff Davis, a Pentagon spokesman, disputed allegations that the mission was poorly planned and had lost the element of surprise. “We have nothing to suggest that this was compromised,” Davis said, adding that the allegations “do not match with reality.”

The New York Times and Reuters reported Thursday that the Navy SEALs learned that their mission had been compromised after intercepting a transmission that showed the militants were preparing for their arrival.

AQAP has taken advantage of the chaos and breakdown of security in Yemen to tighten its grip on the southern and southeastern parts of the Arab country.

The US carries out drone attacks in Yemen and several other countries, claiming to be targeting al-Qaeda elements; but, local sources say civilians have been the main victims of the attacks.

The drone strikes in Yemen continue alongside the Saudi military aggression against the impoverished conflict-ridden country.

Tags: US Yemen Saudi
Short Link rasanews.ir/201n6H
Share
0
Please type in your comments in English.
The comments that contain insults or libel to individuals, ethnicities, or contradictions with the laws of the country and religious teachings will not be disclosed