Rasa - Israeli authorities released on Wednesday evening the body of a Palestinian teenager killed by Israeli forces after holding it for more than two months, allowing Palestinian officials to carry out an autopsy. 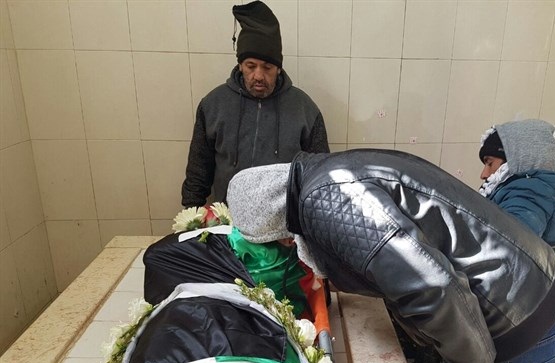 RNA - Muhammad Zeidan, 16, was shot and killed by an Israeli security guard on Nov. 25 after allegedly attempting to carry out a stabbing attack near the Shufat checkpoint in the Jerusalem district of the occupied West Bank.

The chief prosecutor in Ramallah, Alaa al-Tamimi, said that forensic experts had begun an autopsy to uncover the circumstances surrounding Zeidan’s death.

Al-Tamimi said that Zeidan was shot in the stomach and deliberately left bleeding on the ground without medical treatment until he died.

He added that Zeidan’s body would be released to his family for burial upon the completion of all legal procedures.

Zeidan was one of 112 Palestinians to have died in 2016 as part of Israeli-Palestinian violence. Fifteen Israelis died during the same time period.

Rights groups have repeatedly denounced what they have termed Israeli forces' "shoot-to-kill" policy against Palestinians who did not constitute a threat at the time of their death or who could have been subdued in a non-lethal manner.

Amid the increase in violence since October 2015, Israeli authorities dramatically escalated a policy of withholding Palestinian bodies killed by Israeli forces, claiming that funerals of Palestinians had provided grounds for “incitement” against the Israeli regime.

However, the majority of bodies of Palestinians slain since then have since been returned to their families, despite the Israeli security cabinet deciding in January that bodies of Palestinians affiliated with the Hamas movement who were killed while carrying out attacks against Israelis would be withheld indefinitely.

"PLO official Saeb Erekat has also urged the international community to pressure Israel to release Palestinian bodies held by Israeli, saying: "Israel's collective punishments are now being carried out against the living and the dead."

Tags: Israel Palestine
Short Link rasanews.ir/201n6F
Share
0
Please type in your comments in English.
The comments that contain insults or libel to individuals, ethnicities, or contradictions with the laws of the country and religious teachings will not be disclosed