US House Speaker says he backs more sanctions against Iran

Rasa - The Speaker of the US House of Representatives Paul Ryan says he would support additional sanctions on Iran over Tehran's recent missile tests. 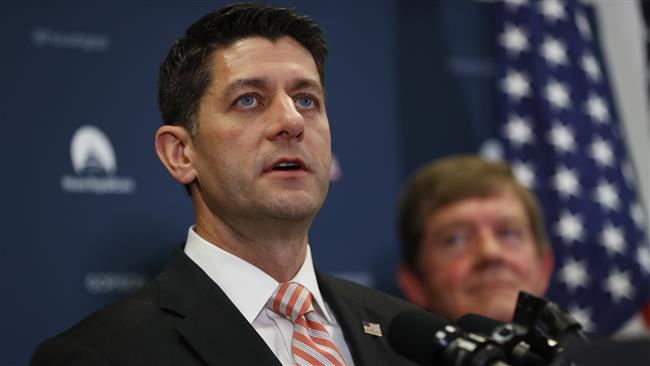 RNA - "I would be in favor of additional sanctions on Iran," Ryan told reporters on Thursday at a weekly press conference.

"We need to have a tough-on-Iran policy ... We should stop appeasing Iran."

US President Donald Trump has stepped up rhetoric against Iran, saying the White House has formally put Tehran on notice over its latest ballistic missile test.

Trump wrote on his twitter account on Thursday that Iran should have been “thankful” for what he called the terrible deal the US made with it.

“Iran has been formally PUT ON NOTICE for firing a ballistic missile. Should have been thankful for the terrible deal the US made with them!” Trump wrote, echoing his national security adviser’s comments a day earlier.

"We are officially putting Iran on notice,” Flynn said in a statement on Wednesday.

Flynn repeated the US claims that ballistic missile tests violate a UN Security Council resolution that endorsed Iran’s nuclear deal with the world powers, including Washington.

UN Security Council Resolution 2231 calls on Iran "not to undertake any activity related to ballistic missiles designed to be capable of delivering nuclear weapons, including launches using such ballistic missile technology."

Iranian officials have condemned the recent provocative comments by American officials on the latest missile tests as “baseless” and “provocative,” saying Tehran does not wait for permission from any foreign state to defend itself.

Iran’s defensive ballistic missile program has been a bone of contention with the West. Tehran says its missile tests do not breach UN resolutions because they are solely for defense purposes and not designed to carry nuclear warheads.

Tags: US Iran sanction
Short Link rasanews.ir/201n6A
Share
0
Please type in your comments in English.
The comments that contain insults or libel to individuals, ethnicities, or contradictions with the laws of the country and religious teachings will not be disclosed