Rasa - Latest figures released by the United Nations show that terrorist acts, violence and armed conflicts took the lives of some 400 civilians and left hundreds of others wounded in Iraq last month. 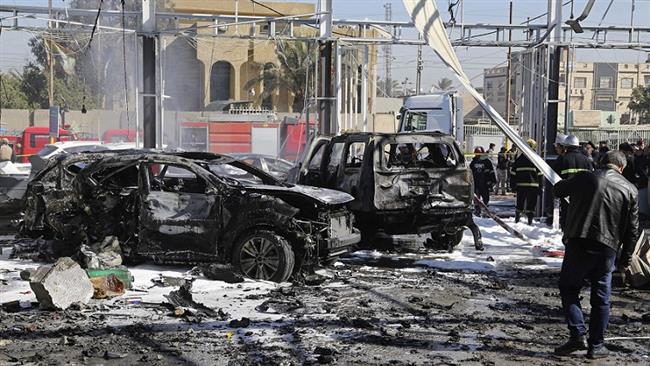 RNA - The United Nations Assistance Mission for Iraq (UNAMI) said in a statement on Wednesday that a total of 382 Iraqis lost their lives in the month of January, while 908 others were injured.

The UN mission said the number of casualties does not include security members after Iraqi military authorities in December criticized UNAMI for figures about the deaths of police personnel announced for November.

January casualty figures were also not available from the embattled western province of Anbar as health officials were unable to monitor the area due to the volatility of the situation on the ground and the disruption of services.

“Daesh terrorists have focused their bombing attacks on markets and residential neighborhoods. They have cowardly targeted civilians - women, children and the elderly, who were going about their business or shopping,” Special Representative of the UN Secretary-General for Iraq Jan Kubis said.

“Daesh's goal of breaking the will of the people has however collapsed in the face of the Iraqi people's resilience, despite all difficulties and hardship, and the steady advances of the Iraqi security forces in the operation to liberate Mosul from the terrorists,” Kubis added.

On Wednesday, Iraqi security and medical sources said a civilian was killed and five others were wounded when an improvised explosive device went off near an outdoor market in Boub al-Sham neighborhood on the northern outskirts of Baghdad.

A bomb also went off near the Diyala Bridge in southeastern Baghdad, leaving a civilian dead and four others injured.

The northern and western parts of Iraq have been plagued by violence ever since Daesh terrorists began an offensive in Iraqi territory in June 2014.

Tags: DAESH UN Iraq
Short Link rasanews.ir/201n5s
Share
0
Please type in your comments in English.
The comments that contain insults or libel to individuals, ethnicities, or contradictions with the laws of the country and religious teachings will not be disclosed