Rasa - Israel has announced plans to establish a new illegal settlement in the occupied West Bank to accommodate the settlers evicted from the illegal Amona outpost. 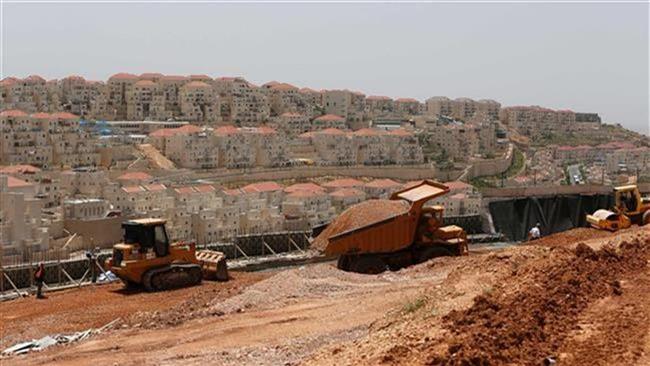 RNA - The announcement was made on Wednesday via a statement released by Israeli Prime Minister Benjamin Netanyahu's office as Israeli forces clashed with the settlers while evicting them from the Amona outpost built on private Palestinian land in the West Bank.

"As promised a month and a half ago to the settlers, (Netanyahu) has set up a committee that will promote the establishment of a new settlement... It will begin work immediately to locate a spot and to establish the settlement," read the statement.

The statement came just hours after Israel's Supreme Court rejected a request by Tel Aviv to relocate some of the settlers to a plot of land close to Amona.

The evacuation comes amid a push by Netanyahu to legalize all wildcat settlements built on occupied Palestinian lands.

Meanwhile, the EU has warned that the new wave of illegal Israeli settlements in the West Bank marks a “very worrying trend” that may jeopardize the so-called two-state solution to the decades-long conflict in the region.

Since the January 20 inauguration of US President Donald Trump, Tel Aviv has launched a major settlement expansion drive, the latest part of which being the announced plans for the construction of 3,000 new settler units in the West Bank.

Over 230 illegal settlements have been constructed since the 1967 Israeli occupation of the Palestinian territories. The illegal structures have hampered attempts to establish peace in the Middle East. In December 2016, the United Nations Security Council adopted Resolution 2334 that denounced the Israeli settlements as a "flagrant violation of international law."

Tags: Netanyahu Settlement Israel
Short Link rasanews.ir/201n5r
Share
0
Please type in your comments in English.
The comments that contain insults or libel to individuals, ethnicities, or contradictions with the laws of the country and religious teachings will not be disclosed