Rasa - A Muslim NYPD cop suffered years of bullying after she started wearing a hijab — with one sergeant saying don’t “detonate on patrol” and others trying to tear the headscarf off her head, a new lawsuit charges. 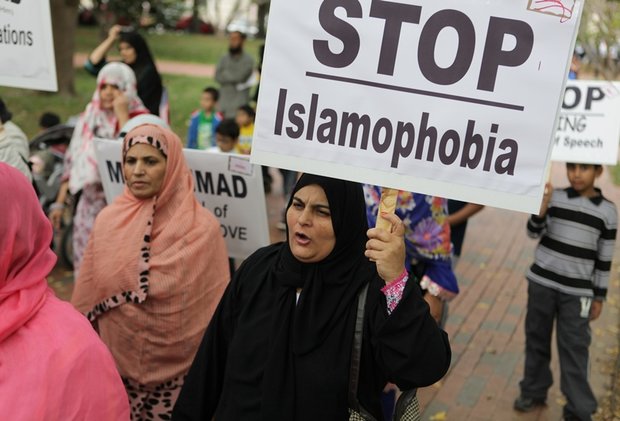 RNA - Danielle Alamrani, of Brooklyn, joined the department in 2006 and converted to Islam a year later. She didn’t have any problems until 2008, when she started wearing a hijab at work, her Manhattan federal lawsuit claims.

Alamrani received a religious accommodation to wear the headscarf while at work, she says.

Soon after Alamrani, 38, began wearing her hijab to work, she said “her coworkers refused to work with her,” the suit claims.

Her union rep also told her that supervisors on the day tour didn't want her to wear a hijab and “intimated that the ‘bosses’ were complaining about it and then told her that she should not wear the Hijab,” according to court papers reported by the New York Daily News.

She was moved off patrol almost entirely — and her co-workers called her slurs such as “terrorist” and “Taliban.”

In 2010, on one of the rare occasions she was assigned to patrol, a supervisor joked “that she should not ‘detonate on patrol,’” court papers say.

Two colleagues in December 2012 even “physically attacked her and attempted to rip her Hijab off of her head.”

“They were screaming that nobody liked (Alamrani) while she did this,” court papers charge.

While the incident was investigated, her alleged attackers were merely moved to a different shift, she claims.

In September 2014, Alamrani and her husband were arrested after their neighbor made a noise complaint about her children — “part of the ongoing discrimination which is encouraged by the NYPD relating to Muslim police officers," the suit contends.

In November 2015, Alamrani went to a department gun range. While there, an officer snapped photos of Alamrani in her Hijab and posted the photos to social media.

The New York Police Department and city Law Department did not immediately comment on the suit when reached Wednesday.

Alamrani was reassigned last year. She is seeking unspecified damages.

“The NYPD had the opportunity to show that the people who police us look like the community they police," said Alamrani's lawyer, Jesse Rose. “Instead, they put her to the side and changed her assignment so she was not visible to the public.”

Tags: NYPD Islam Hijab
Short Link rasanews.ir/201n5p
Share
0
Please type in your comments in English.
The comments that contain insults or libel to individuals, ethnicities, or contradictions with the laws of the country and religious teachings will not be disclosed