Rasa - A Bosnian Islamic center in eastern Germany has become the target of a suspected arson attack. 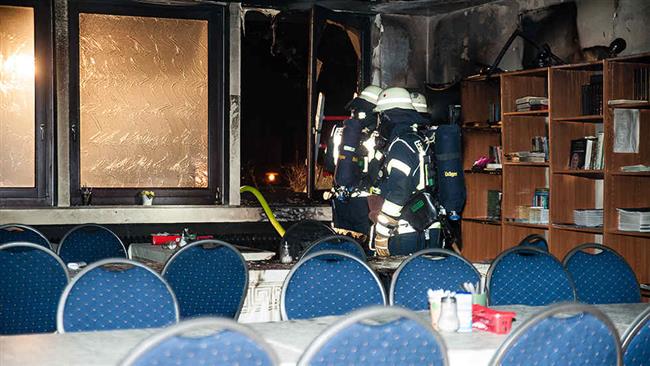 RNA - The incident happened Wednesday morning in the town of Bielefeld.

Reports suggest an attacker entered the center and set fire to the building.

According to emergency services personnel, an object may have been thrown through the window from outside or the fire may have been started inside the building.

Firefighters were immediately dispatched to the scene to rescue possible victims.

“When we arrived at the scene, there were flames coming through the destroyed window from the interior of the center," Michael Graf, the chief of fire department, said.

They found the center’s prayer leader in the cellar.

The fire was quickly extinguished and no injuries were reported.

The building was evacuated for further investigation.

Police are looking for the suspect.

Tags: Muslim Islam germany
Short Link rasanews.ir/201n5h
Share
0
Please type in your comments in English.
The comments that contain insults or libel to individuals, ethnicities, or contradictions with the laws of the country and religious teachings will not be disclosed