Rasa - The new US administration has openly lent its support to the Israeli regime’s aggressive polices, including more settlement constructions in occupied Palestinian territory. 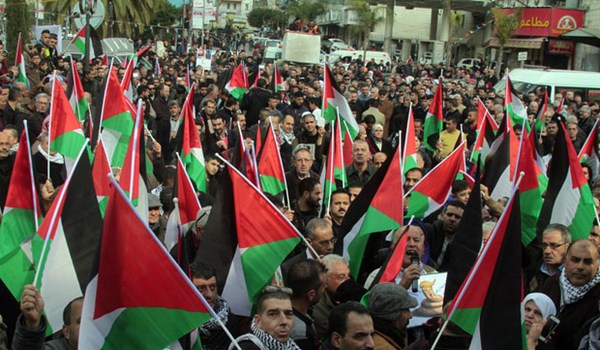 RNA - Jeremy Hammond, publisher of the Foreign Policy Journal, believes that the Palestinian Authority was created under the Oslo peace process in order “to serve as Israel’s collaborator and enforce its occupation regime.”

There is a “huge opportunity for the Palestinian leadership to withdraw from the Oslo process and move toward the international community;  specifically using the legal mechanisms now available to it to sue Israel for its war crimes and human rights violations,” Hammond said.

He insisted that Palestinian officials should grasp this opportunity to push for their people’s rights through organizations such as the International Criminal Court.

He further said, US President Donald Trump and Israeli Prime Minister Benjamin Netanyahu have no interest in establishing peace between Israelis and Palestinians.

Owing to the election of a pro-Israel president in the US, he said, the Tel Aviv regime has calculated that it can sustain its occupation and settlement activities in the absence of a peace process.

“The peace process is the process by which Israel and the US have long blocked the implementation of the two-state solution,” he noted.

Hammond concluded that the peace process has had no credibility in the world public opinion and it has no longer any credibility among governments either.

The Tel Aviv regime has been urged by the international community to allow the return of Palestinian refugees and stop illegal settlement activities in occupied territories of West Bank and East Jerusalem al-Quds, but the regime has been defiant and has even exacerbated its anti-Palestinian crimes in recent years.

Tags: Israel Palestine
Short Link rasanews.ir/201n5g
Share
0
Please type in your comments in English.
The comments that contain insults or libel to individuals, ethnicities, or contradictions with the laws of the country and religious teachings will not be disclosed