Rasa - Following threatening messages received by several mosques in California, a group of college students say they have a plan to counter anti-Muslim sentiment: through love letters. 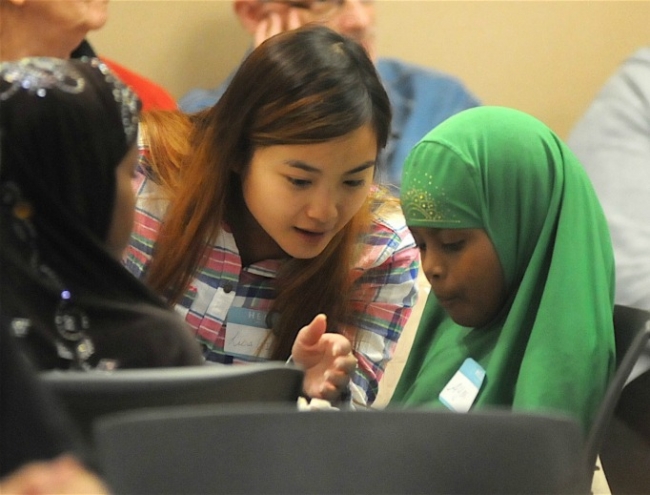 RNA - "My friends and I have done interfaith work in Southern California for quite some time now, and we found this attack on our community to be a direct attack on us and the integrity of our work," Tahil Sharma, a coordinator at AMP Global Youth who conceived the project with Vanessa Oceguera and Mariela Martinez, told NBC News. "We come from different backgrounds ourselves. We are all millennials. I am Hindu and Sikh; my colleagues are atheist and Christian."

In just a few weeks, the students said they have collected nearly 200 letters of solidarity and support for the Muslim-American community from across Southern California, as well as from places as distant as New York, Mexico, Canada, Morocco, and South Korea.

The letters have come from individuals, organizations like the Center for Inquiry and the Methodist Federation of Social Action, and elected officials, including Mayor Bao Nguyen of Garden Grove, California.

"Our goal is simple: To show that community across difference and disagreement can stand and work together against injustice and ignorance in our nation," Sharma said. "When we show the power and beauty that is the diversity of the American fabric, we don't merely talk about it, we show it in every way we can. This letter campaign serves as a foundation stone to promote education and service between communities that may not understand each other, to live up to our motto: E pluribus unum."

The students plan to either hand deliver or email copies of the complete set of letters to other mosques that have also been threatened, vandalized, or had their members harassed.

Tags: Muslim Islamophobia
Short Link rasanews.ir/201mrd
Share
0
Please type in your comments in English.
The comments that contain insults or libel to individuals, ethnicities, or contradictions with the laws of the country and religious teachings will not be disclosed