Signs of Positive Change in Syria 2016

Rasa - There are now two very different 2016s - the one before and the one after we learned that the allied forces of Syrian Army, Iran, Russia and Hezbollah would retake the besieged city of Aleppo. 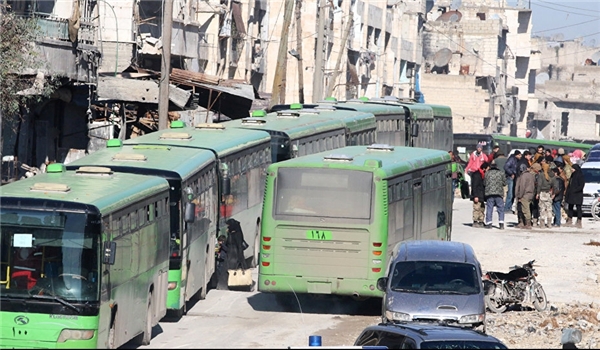 RNA - Before Aleppo, most assumed that the US-backed “moderates” would win the war and would lead the march to Damascus - more or less in the footsteps of ISIL and Al-Qaeda. From December 12, though, we entered a different world. The Al-Qaeda-allied “moderates” lost the battle for Aleppo. According to reports from the field, they massively executed captured soldiers and civilian hostages before leaving the last neighbourhood of the city.

It clears up any doubts that positive change will soon follow. For instance, one of the notorious field commanders of Ahrar al-Sham terrorist group, Latin al-Nahas, admitted that militants' defeat was so devastating that pushed the regime-change campaign on the verge of complete failure.

Most recently, Turkey and Russia have agreed on a proposal for a nationwide ceasefire - that would not of course include the terrorist groups - that is due to go into force at around midnight.

But the main point is the “moderate” terrorists and the “Assad must go” patrons have come to the conclusion that they have lost the war; it is impossible to unite the Syrian people around themselves; and they want a breather. The regime changers know fully well that they have entered a time of uncertainty and danger. They are also in the know that they will need to clear away any remaining illusions that the solution to enforce their failed regime-change plans is a return to the negotiating tables.

So, even as the world enters a time that could be quite dark because of Donald Trump’s divisive presidency in the United States, the people of Syria and their government have decided to focus not on finding a way back to the past, but on how to move forward by nurturing the seeds of real change that began to germinate in 2016 after liberating Aleppo:

1- The allied forces have gained a new respect for their legitimate efforts to dislodge terrorist groups from Syria. This positive environment is an important step to countering the US-led regime-change campaign, which would quickly have collapsed into its own absurdity were it not for a compliant western media and the continued legacy of double standard at the United Nations.

2- The regime changers have learned lessons about humility and defeat. In the Persian Gulf, Saudi Arabia and the mere extras have learned to see that preservation of status quo cannot proceed at the expense of Syria – or Yemen.

3- Elsewhere in Europe where over one million refugees have fled, America’s NATO allies have learned that ‘contaminate Syria with violence and terror, and we poison ourselves.’ And ‘we poison our own souls when we demean the women and children refugees.’

4- The world has acknowledged the leadership of Iran and Russia in the Real War on Terror. The liberators of Aleppo flipped the notion of what it means to be a courageous warrior. It is no longer about the capacity to fight terror; being an anti-terror alliance now means the courage to stand in the face of danger, baseless accusations, double standards and smear campaign, to protect vulnerable people and places, and to be willing to take a bullet to protect the sacred – even when the whole world turns its back on you. Courage also means the willingness to avoid killing thousands of head-chopping “moderates” who were under a tight siege in an area of no more than 3 sq/km who could have perished the face of the earth in only one hour of intensive airstrikes and allow them to get on the Green Buses and go away in a bid to decrease bloodshed and give them and the whole world another chance to see for themselves that the bloodthirsty side in this war is not Damascus.

As is, we have witnessed the start of positive change in Syria 2017. The regime changers led by the United States are free to surround themselves with deniers. But the “Real Friends of Syria” and the international civil society who believe in the reality of the Syrian crisis are not sitting still. They are fighting and marching for Syria. Their moral courage in the face of possible retaliation is an example of the sort of heroism that the people of Syria will need to make it through 2017 as well.

Tags: Syria Russia Aleppo
Short Link rasanews.ir/201mr4
Share
0
Please type in your comments in English.
The comments that contain insults or libel to individuals, ethnicities, or contradictions with the laws of the country and religious teachings will not be disclosed