Rasa - Hundreds of local residents continued their sit-in outside the house of the Bahraini senior cleric Sheikh Issa Qassim in the village of Diraz, completing their 192nd Day of their presence in the village's streets to protest policies of Al Khalifa regime against the opposition . 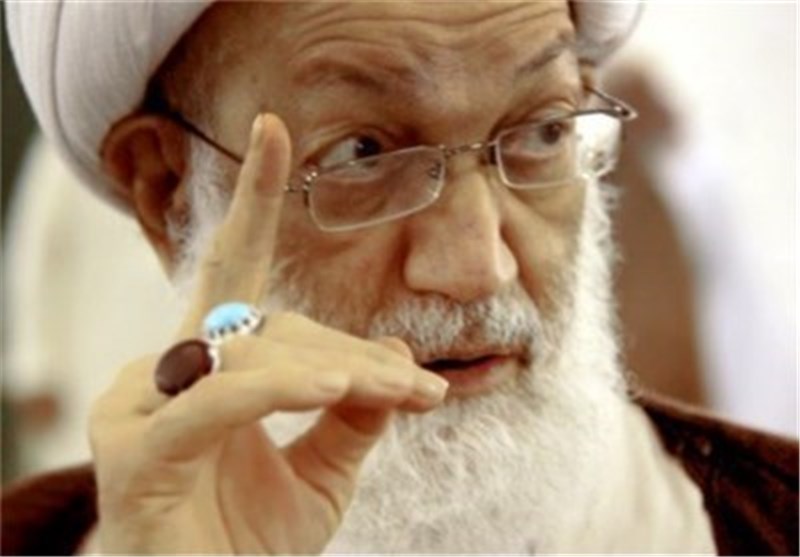 RNA - The sit-in started when the Bahraini authorities stormed Sheikh Qassim’s residence to hold him under arrest over the content of sermons he delivered called the regime to make social reforms and practice equity amongst the people, Al Manar reported.

Earlier, dozens of people rallied in Bahrain ahead of nationwide ceremonies in commemoration of political dissidents and pro-democracy campaigners killed at the hands of regime forces.

Demonstrators took to the streets in Sitra Island, chanting slogans against Al Khalifah regime and in condemnation of Saudi support for the Al Khalifa regime.

A similar rally was staged under the banner “Our Martyrs Are Immortal” in the Western village of Shahrakan, where participants held up pictures of slain 17-year-old teenager Ali Abdulghani, whose family says died of injuries suffered during a police chase earlier this year.

Tags: Sheikh Issa Qassim bahrain
Short Link rasanews.ir/201mr3
Share
0
Please type in your comments in English.
The comments that contain insults or libel to individuals, ethnicities, or contradictions with the laws of the country and religious teachings will not be disclosed