Rasa - The Saudi regime has sentenced a man to one year in prison and ordered him to pay a hefty fine for opposition to the kingdom’s guardianship system that grants men broad controls over female relatives. 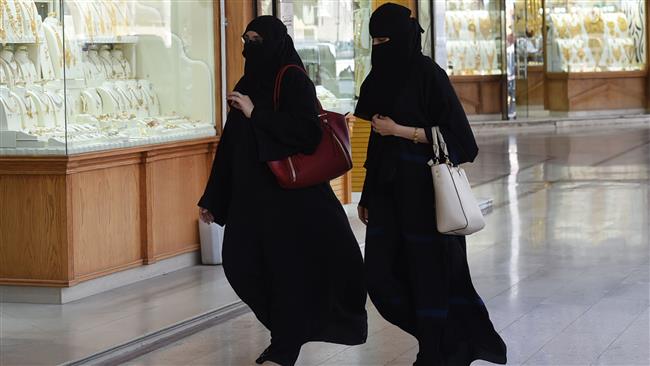 RNA - A court in the eastern city of Dammam convicted the yet unidentified man of "inciting to end guardianship of women" in statements he posted on Twitter and through public display of posters, ordering him to pay a fine of 30,000 riyals or $8,000, local daily Okaz reported on Tuesday.

According to the report, he was detained while installing posters in mosques in Hasa district, demanding elimination of a law that only exists in the despotic kingdom and subjects women to unconditional male control.

Under the Saudi guardianship scheme, a male family member, commonly the father, husband or brother, must first give consent before a woman can pursue education, travel or engage in other activities.

Even female prisoners in Saudi Arabia have to be received by their guardian when released, which means that some have to remain in jail or a shelter beyond their prison term if the man no longer wants to accept them.

During interrogation, the daily added, authorities found out that the defendant was also involved in an extensive online campaign to end the guardianship system in the kingdom.

The report said the man confessed to putting up posters in mosques and added that he was launching an "awareness campaign" after discovering that some "female relatives were facing injustice at the hands of their families."

Saudi Arabia has some of the world's harshest restrictions on female subjects and remains the only country where women are not even allowed to drive.

In September, thousands of Saudis signed a petition calling for an end to the guardianship law in the wake of an online campaign, which the Saudi court attributed to the defendant.

Tags: Jail Saudi
Short Link rasanews.ir/201mqG
Share
0
Please type in your comments in English.
The comments that contain insults or libel to individuals, ethnicities, or contradictions with the laws of the country and religious teachings will not be disclosed