UN Should Also Pass a Resolution Condemning Those Who Destroyed Syria 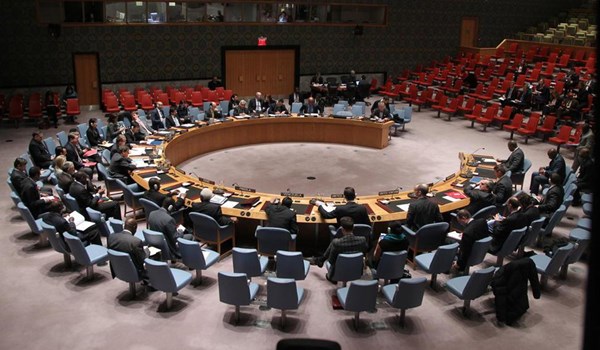 RNA - The unprecedented vote in which the United States abstained for the first time since 1979, has angered the usurper regime to a great extent. This has forced Israeli Prime Minister Benjamin Netanyahu to summon foreign ambassadors to appear before the foreign ministry for voting for that resolution that also condemns illegal settlements on Palestinian territories.

The resolution demands "Israel immediately and completely cease all settlement activities in the occupied Palestinian territory, including East Jerusalem Al-Quds.” It says settlements have "no legal validity" and are "dangerously imperilling the viability of the two-state solution."

In the prevailing environment,  it would be nice to see the United Nations also take a similar measure to name and shame those who deliberately destroyed Syria to protect Israel. It wouldn't take a lot of effort on the part of the UN to identify the criminal hordes. They include the United States, Saudi Arabia, Turkey, Jordan, the Arab Emirates, Qatar, Bahrain, Britain, France and several other NATO member states.

Their six-year regime-change campaign has killed over 400,000 people and made millions more homeless and refugees – still out there in freezing temperatures while many in the West and in the Persian Gulf are busy celebrating the Christmas holiday season.

The United Nations needn’t look that far to collect evidence either. The US State Department’s email of Hillary Clinton, the former Secretary of State, available on WikiLeaks, has done that already. It shows how Washington’s “humanitarian” intervention and regime-change fantasy turned Syria into a failed state and destabilised the entire planet. This was done through flawed reasoning, deliberate criminality, terror proxies, and total disregard to international protocols.

For the UN not to condemn the US government, or worse still, stand by its rogue partners in crime (since it needs their money) is, therefore, not only immoral and servile, but is morally treasonable to the long-suffering people of Syria and the world community. No one is totally blind to the huge problems that this dirty war has ultimately led to, including the current spate of terror attacks and refugee crisis in Europe.

This is just a reminder of Washington's 2011 dreams: “The US will impose regime change with arms and without troops (but with help from terrorist groups and European jihadists), Russia will not dare oppose America (noting Russia did nothing during Kosovo), the new US-backed Syrian government will abandon ties with Iran, turn against Hezbollah, and potentially negotiate a peace settlement with Israel, while the rest of the Arab world cheers America as fighting for their people.”

Just like the rest of the international civil society, the UN is in the know that this US-led regime-change campaign has failed. It also knows the consequences have been devastating - not just for Syria but for the whole world as well.

Syria is still a terror-ravaged state, its people are still suffering, and the usual suspects behind this criminality are still at large. Just like the landmark anti-Israel vote, the UN can and should issue a similar resolution to strongly condemn the United States and its rogue partners in crime for destroying Syria and destabilising the entire planet. Inaction will only embolden the pro-Israel hordes most committed to the total destruction of Syria. But, does the UN really dare to, when it was frightened to death when it included Saudi Arabia in the list of Child's Rights Violators and was immediately forced to strike it off the list when the rich rulers in Riyadh warned to drop their financial support for the UN.

Tags: UN Israel Palestine
Short Link rasanews.ir/201mq1
Share
0
Please type in your comments in English.
The comments that contain insults or libel to individuals, ethnicities, or contradictions with the laws of the country and religious teachings will not be disclosed