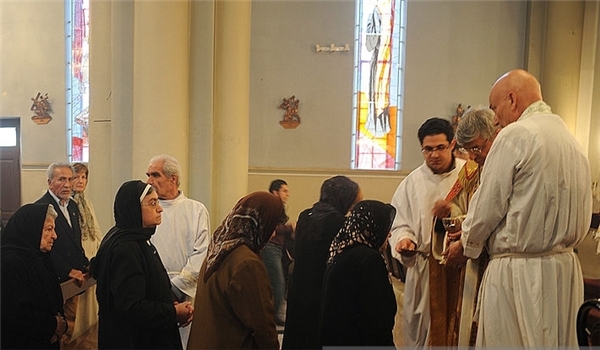 RNA - "We thank God that we live in a safe country like Iran; there is security for all Iranians These freedoms are to such an extent that it is not comparable with any of the regional countries; they include freedom in all cultural, educational, social and religious aspects of the religious minorities residing in Iran," Betkolia said.

He reiterated that the Iranian Assyrians enjoy high level of safety in all Iranian cities, including Tehran, Fardis, Karaj, Orumieh, Salmas, Ahvaz, Shahinshahr, Hamedan and other cities where Assyrians live in Iran.

He said the Assyrian community has been living peacefully in Iran for over 3,000 years which shows the peaceful nature of the Iranians.

The Iranian government attaches great importance to ethnic minorities and tribal citizens, Younesi said, addressing a gathering in the Central province of Isfahan on Wednesday.

Iran's Constitution has officially recognized Christianity, Judaism and Zoroastrianism as divine religions alongside Islam and their followers are having a peaceful life and friendly relationship with each other.

Tags: Islam Assyrian Judaism
Short Link rasanews.ir/201mpx
Share
0
Please type in your comments in English.
The comments that contain insults or libel to individuals, ethnicities, or contradictions with the laws of the country and religious teachings will not be disclosed