Rasa - Iranian President Hassan Rouhani has congratulated Pope Francis ahead of Christmas and the new Gregorian calendar year, expressing hope that the world would see peace and justice. 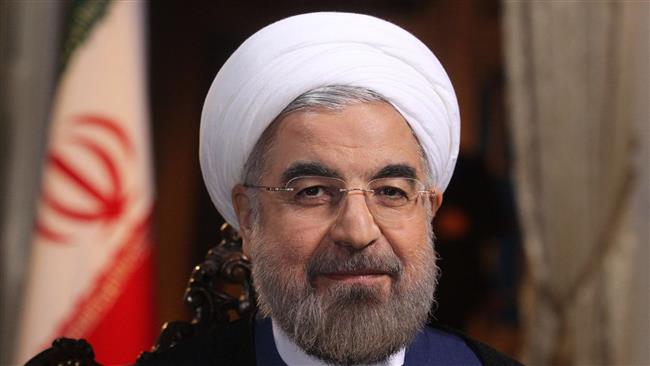 RNA - In his message on Saturday, the Iranian president expressed his felicitations over the auspicious birth anniversary of the prophet of friendship and brotherhood, Jesus Christ.

He expressed hope that the new year would be one of spirituality, tolerance, progress and dignity along with peace and justice for all humans across the world.

The Iranian president also hoped that interaction and kindness would be further promoted among followers of all divine religions and called on all moderate, wise and justice-seeking well-wishers to tread the path of patience and dialogue in 2017.

The Iranian president also on Saturday congratulated world leaders on the auspicious occasion of the birth anniversary of the prophet of peace and kindness and the advent of the new Christian year.

Rouhani expressed hope that in line with the teachings of the prophets, which brought dialogue and understanding among nations, the world would witness stability and security and the end of the sufferings of the countless people plagued by oppression, corruption and terrorism.

The Iranian president also prayed that God bestow "happiness and prosperity" upon nations and governments.

Tags: Iran Rouhani Christmas Christian
Short Link rasanews.ir/201mpJ
Share
0
Please type in your comments in English.
The comments that contain insults or libel to individuals, ethnicities, or contradictions with the laws of the country and religious teachings will not be disclosed