Rasa - New York City has launched a campaign against discrimination and harassment following a 30-percent rise in hate crimes in America’s most populous city this year. 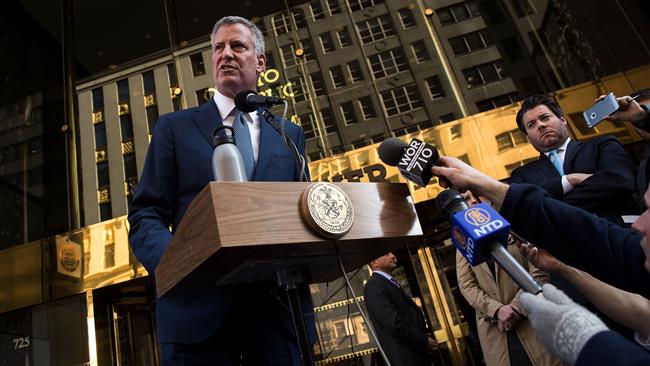 RNA - The campaign, which began on Tuesday, features ads that are set up in subway stations and published in newspapers and social media, urging people to avoid intolerance.

People can also call a hotline to report any such offenses and a team will be created to monitor and help victims of hate crime.

New York Mayor Bill de Blasio said his city “will not stand for discrimination or harassment of any kind."

"NYC has been and always will be a welcoming city for all, regardless of who you are or what you believe and we intend to keep it that way," the mayor said in a statement.

Hate crimes have spiked since Donald Trump won the race to the White House, mainly against Muslims, Jews, blacks, Hispanics and Asians, according to New York City police.

"Following the election, vulnerable communities continue to reach out to the city to report incidents of discrimination and bias,” de Blasio added.

The mayor, who will seek reelection in 2017, has vowed to protect undocumented immigrants from being deported under Trump’s incoming administration.

Trump has threatened to ban all Muslims from immigrating to the US and deport millions of undocumented Hispanic immigrants.

The Southern Poverty Law Center (SPLC), a civil rights organization that tracks hate crimes, said in late November that it had documented 867 “hate incidents” in the 10 days after Trump was elected president on November 8.

Anti-immigrant hate incidents targeting Hispanics, Asians and Africans made up the largest number of claims, even though many Hispanics and Asians are American citizens who have lived in the country for several generations. Those incidents were followed by anti-black and anti-Semitic incidents.

Trump won the US presidency despite extreme unpopularity among minorities, underscoring deep national divisions that have fueled incidents of racial and political confrontation across the country.

Tags: Muslim Discrimination New York
Short Link rasanews.ir/201mo7
Share
0
Please type in your comments in English.
The comments that contain insults or libel to individuals, ethnicities, or contradictions with the laws of the country and religious teachings will not be disclosed