The Menacing Way Some Cities Are Using Building Permits Against Muslims

Rasa - A recent complaint by the Department of Justice against a community in Virginia is revealing the covert way some communities can restrict the construction of Muslim religious centers. 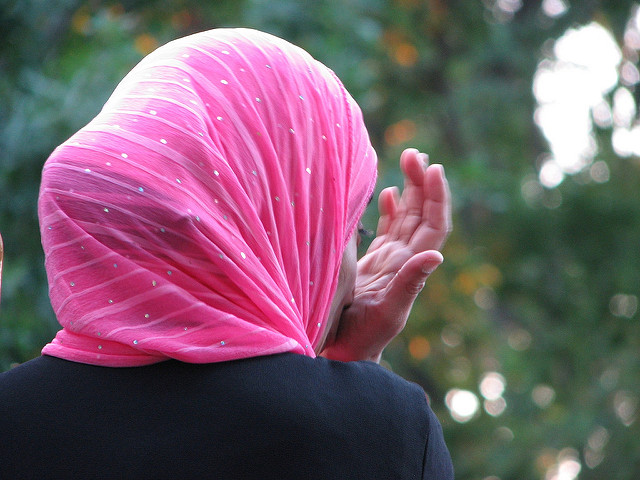 RNA - A recent complaint by the Department of Justice against a community in Virginia is revealing the covert way some communities can restrict the construction of Muslim religious centers.

On Monday, the DOJ filed a lawsuit in federal court alleging that Culpeper County violated the Religious Land Use and Institutionalized Persons Act, a law designed to protect religious institutions from discrimination in zoning and construction laws, when it denied a sewage permit to the Islamic Center of Culpeper. The denial effectively prevented the center from building a small mosque.

The mosque would be built on land the Islamic Center purchased and has been already zoned for religious use, according to a press release Monday by the DOJ.

“Religious liberty is a fundamental right in our country and this case seeks to uphold that right,” United States Attorney John P. Fishwick Jr. said in the press release. “We will continue to work with the experienced lawyers with the Civil Rights Division of the Department of Justice to protect the residents of the Western District of Virginia from unlawful discrimination.”

When the decision was made in April to deny a "pump and haul" permit for the Islamic Center of Culpepper, residents at the meeting cheered, according to the Bristol Herald Courier. The Courier reported that the county board members who voted the mosque application down said the permit was denied based on local and state permit laws, but some minority board members claimed the the denial was based on hatred of Muslims.

City ordinances and permits are often used to control the construction of Islamic centers and mosques across the country, Ibrahim Hooper, the communications director of the Council on American-Islamic Relations, told:

"Anytime there's a proposal to build a mosque, an Islamic school, or a Muslim cemetery, you're going to find a certain level of opposition and that opposition often takes the form of parking issues, traffic issues, zoning issues - whatever," he added.

Hooper went on to note that public meetings can expose potential underlying discrimination in those decisions.

"Whenever you scratch the surface, it often reveals anti-Muslim bigotry and that often comes out in public hearings about these proposals where people are repeating the anti-Muslim rumors they heard on the internet," he said.

There are communities across the U.S. that have been denied building permits for mosques.

A planning commission in Sterling Heights, Michigan, voted down a proposed mosque in September 2015, while residents shouted "No more mosque" and "God Bless America," according to local Detroit station WXYZ.

A Youtube video shows people in Sterling Heights cheering outside of City Hall after the permit was denied.

Sterling Heights Mayor Michael C. Taylor said in a statement at the time that the application was denied because of "land use criteria" and not "emotional feelings tied to religious beliefs."

A denied building proposal in New Jersey ended up in court.

In 2013, a judge decided that an ordinance in Bridgewater, New Jersey, that blocked construction of a mosque wasn't legal and that the mosque faced "anti-Muslim prejudice within the community, including internet postings and e-mail correspondence," according to NJ.com.

The Civil Rights Division of the DOJ opened an investigation in 2007 into the Village of Berkley, Illinois, when it denied a permit for a mosque to expand, which had been operating out of an old school building for more than 20 years, according to the DOJ. In 2008, after the DOJ opened its investigation, the community agreed to let the expansion move forward.

Discrimination against Muslims is on the rise.

Following the presidential election, Muslims have faced the highest levels of physical assaults since the aftermath of 9/11 attacks, and there's been a 67 percent increase from the previous year, according to Pew Research Center. The majority of Americans, 82 percent, in a Pew Research survey conducted in November, said that Muslims face some kind of discrimination, including 57 percent who said Muslims face "a lot" of discrimination.

Tags: Muslim Mosque Islam
Short Link rasanews.ir/201mnq
Share
0
Please type in your comments in English.
The comments that contain insults or libel to individuals, ethnicities, or contradictions with the laws of the country and religious teachings will not be disclosed