'Demonstration against Islamophobia' planned in Montclair

Rasa - The northern New Jersey chapter of Jewish Voices for Peace will hold a "Demonstration against Islamophobia”. 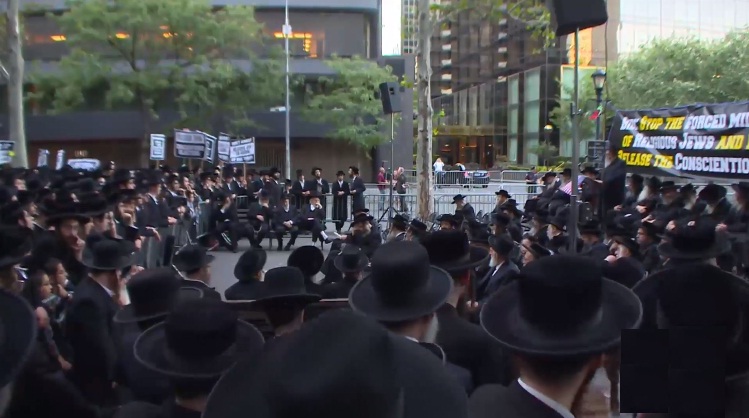 RNA - Featured speakers will be chosen at the event and from the community, according to Stefan Neustadter, chapter treasurer. Other Islamic groups plan to attend, as well as organizations such as NJ Peace Action and Veterans for Peace, he said.

The goal is to reach out to the public to promote a better understanding of Islam and foster a better relationship with the Muslim community, Neustadter said.

“We want both the Muslim and Jewish groups to get together and begin a dialogue, and this is part of our dialogue,” he said.

“We picked the Montclair location because we’ve had a number of meetings and the Montclair firehouse has been very gracious in supplying a meeting venue,” noted Neustadter, who lives in Hackensack.

Neustadter’s chapter is fairly new, he said, but the national organization has been active for a long time. He said the organization is open to everyone; members do not have to be Jewish.

The organization “is a diverse and democratic community of activists inspired by Jewish tradition to work together for peace, social justice, and human rights," according to its platform statement.

Part of the group’s mission is to seek peace and justice for all citizens in the Middle East, according to its website, jewishvoicesforpeace.org.

Neustadter explained that members are concerned about an increase in anti-Semitic, anti-Muslim and other racist sentiments, especially during the campaigning leading up to the recent presidential election.

“The best way to combat stereotypes is to have a dialogue,” he added, “and include as many people as possible.”

Tags: Muslim Islam Islamophobia Jewish
Short Link rasanews.ir/201mnl
Share
0
Please type in your comments in English.
The comments that contain insults or libel to individuals, ethnicities, or contradictions with the laws of the country and religious teachings will not be disclosed