Rasa - The Syrian military has wrested full control of the militant-held eastern Aleppo, scoring a major victory against terrorists in the strategic northwestern city. Hundreds of foreign-backed militants have laid down arms in Aleppo, and almost 6,000 civilians have left militant-held districts. Under a ceasefire deal, brokered by Russia and Turkey, armed groups are granted free passage to leave the city along with civilians. 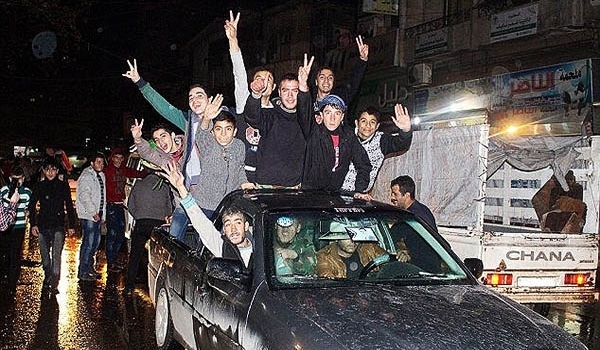 RNA - A Middle East analyst believes the liberation of Aleppo is a “sparkling victory” for the Syrian people.

“I think it is a very big victory for the Syrian people and I think it is a very important blow to the Turkish, US, Saudi and Israeli efforts to divide and conquer Syria and drive the allies -- Russia, Iran and Hezbollah in Lebanon -- out of the area. I think it has a strategic importance that we all should recognize,” James Petras told Press TV in an interview on Friday.

He also described the evacuation of people surrounded by terrorists in other villages in Syria as a “positive move”.

However, he expressed reservations about 4,000 terrorists who will continue to be armed and operating in Syria after being granted free passage from the northwestern city.

Petras further noted that Washington’s current policy is to directly and openly arm the terrorists in an effort to “bolster” them in the wake of their crushing defeat in Aleppo.

He also said that this is a “very ominous development” that the US has facilitated the transfer of many terrorists from the Iraqi city of Mosul to Syria.

Tags: Syria Aleppo
Short Link rasanews.ir/201mmI
Share
0
Please type in your comments in English.
The comments that contain insults or libel to individuals, ethnicities, or contradictions with the laws of the country and religious teachings will not be disclosed