Rasa - A sum of 163 Iranian lawmakers in a statement on Wednesday congratulated the winning back of the city of Aleppo by the Syrian army. 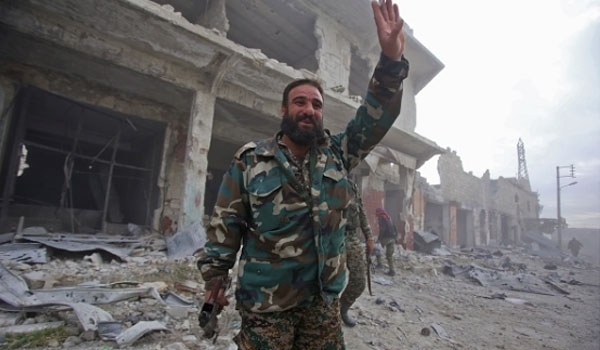 RNA - "We as deputies of the noble Iranian nation congratulate the victory of the great nation of Syria that defused all the plots and complicated strategies of the arrogant powers… and once again voice our full support for the axis of resistance against the global arrogance and international Zionism," part of the statement read.

The Iranian lawmakers reiterated that the arrogant powers have resorted to proxy warfare for toppling independent states, specially the regional countries after they were discouraged from toppling the Islamic Republic in Iran.

The Iranian legislators underlined that the proxy wars are meant to strengthen the role of "the child-killer Zionist regime in a bid to destroy the axis of resistance and the front fighting the international Zionist".

The fighting in Eastern Aleppo has also stopped and the Syrian government has regained control over the territory after the withdrawal of militants from the city was agreed.

The Syrian army units started special operations in Aleppo after several humanitarian pauses declared by Damascus and Moscow to give a chance to the civilian population as well as the militants to leave the Eastern parts of the city through 8 corridors.

District after district have fallen into the hands of the Syrian army soldiers and their allies in the city of Aleppo, as the pro-government troops have recaptured most of the blocks and districts in the Northern and Southern parts of Eastern Aleppo.

Also, tens of thousands of civilians, including hundreds of children and newborn babies, have also left the Eastern part of the besieged Syrian city of Aleppo in recent days, while thousands of militants laid down their arms and left Eastern Aleppo through the special corridor.

Over the recent months, Aleppo has been a battlefield between government forces and numerous terrorist groups, however, in recent weeks, the Syrian Army has made significant gains in Eastern Aleppo and is close to liberating it from the militants.

Tags: Iran Syria Aleppo
Short Link rasanews.ir/201mlc
Share
0
Please type in your comments in English.
The comments that contain insults or libel to individuals, ethnicities, or contradictions with the laws of the country and religious teachings will not be disclosed